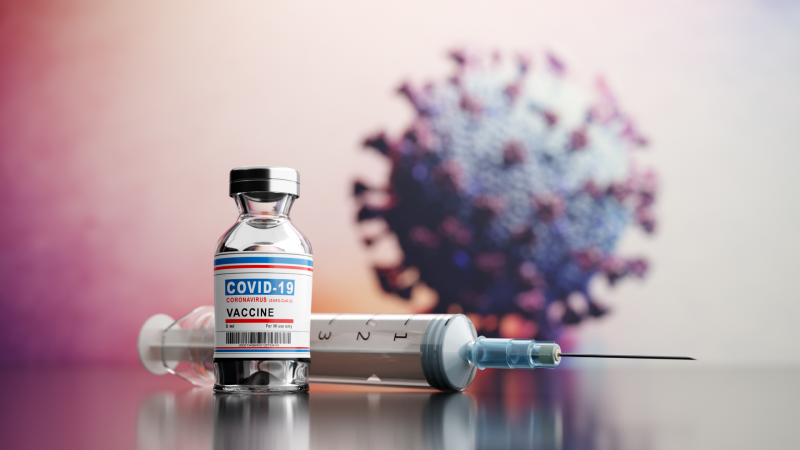 Subunit vaccines is another type of COVID-19 vaccines, which are soon to enter the market.[Canva]

Subunit vaccines is another type of COVID-19 vaccines, which are soon to enter the market. At least two entities conduct their research on this kind of vaccines. For now, only mRNA, vector and inactivated vaccines are in use.

Three kinds of vaccines against SARS-CoV-2 have been approved so far in different parts of the globe. In the European Union, two products based on RNA information technology (so called mRNA) are in use – Comirnaty vaccine made by American-German consortium Pfizer/BioNTech and American Moderna – and two vector vaccines – Vaxzevria by British-Swedish company AstraZeneca and the vaccine by Janssen company, which belongs to American concern Johnson&Johnson. 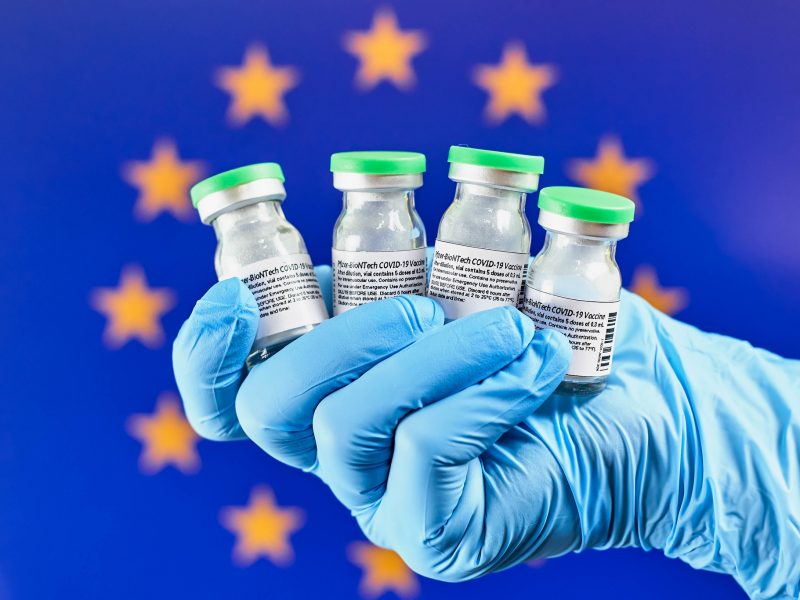 The first type of vaccines contains special molecules with instructions to produce the S protein (so called spike protein) of coronavirus. Responding to this protein, the organism learns to defend itself in case of contact with the real virus.

The second type uses a so called vector, a harmless pathogen, which is attenuated (weakened and unable to reproduce) and which has been implanted with the coronavirus „spike protein”. AstraZeneca and Johnson&Johnson’s vaccines use monkey adenovirus type 26, but for example Chinese vaccine CanSino uses human adenovirus type 5.

Also Russian Sputnik V is a vector vaccine, which uses different types of adenoviruses in both doses – either ad26 or ad5. But there are also inactivated vaccines, which contain a dead coronavirus. Two China’s preparations – by Sinopharm and one by Sinovac – were made in this way.

Vaccines with mRNA technology are highly effective up to 90-95 per cent and the vector ones provide almost 100 per cent protection against hospitalization and death. Unfortunately, even though the inactivated vaccines’ producers declare equally high effectiveness, they seem to work weaker, which further coronavirus waves show in countries which use them, like Seychelles or Bahrain. 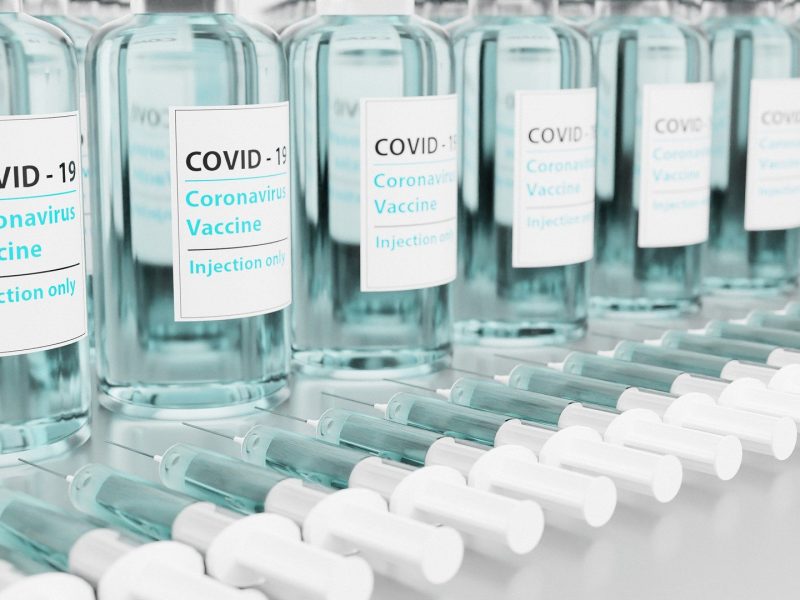 How the subunit vaccine work

The next type of vaccines – the subunit ones – will be available soon. They use yet another method of producing immunity and show very promising results in the third phases of clinical tests.

Subunit vaccines are produced by indentifying an appropriate gene from the virus spike protein and then cloning it into other pathogen, such as a baculovirus that infects butterfly larvae.

The larvae are infected with a modified virus and after they produce the appropriate proteins in a defense reaction, they are used to create nanoparticles that imitate the molecular structure of the coronavirus.

The nanoparticles trigger an immune response in human’s organism and lead to the production of antibodies without causing infection in the human body and without contact with the real SARS-CoV-2 pathogen.

In May American company Novavax announced it succeded in the development of their subunit vaccine against COVID-19. Its product ( the working name of which is NVX-CoV2373) proved 90,4 per cent effectiveness in clinical tests. It is possible that it enters the market as soon as in autumn.

The company used moth larvaes for the vaccine. Cuba’s Abdala vaccine is produced in the same way and it was announced last week that it proves 92,5 per cent effective. 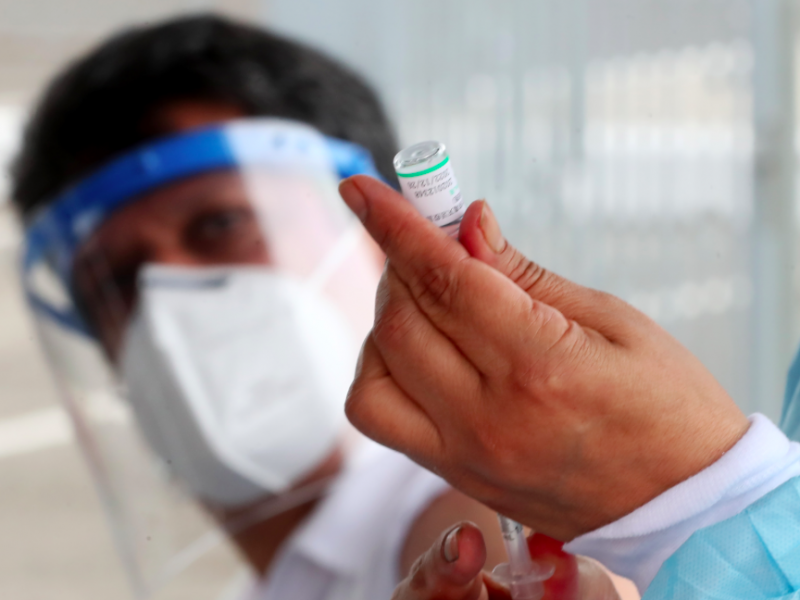 What are the advantages of the subunit vaccines?

Subunit vaccines have been known in medicine for many years. The method is used to develop for example vaccines against hepatitis B, tetanus, pertussis or human papillomavirus.

It means that the technology has already proven its effectiveness. Furthermore, this kind of vaccines are relatively cheap, easy to produce and convenient to transport and preserve. They don’t require freezing in very low temperatures.

Apart from American Novavax and Cuban Institute of Finlaya, a consortium of two European companies – French Sanofi and British GlaxoSmithKline – is also working on a subunit vaccine against coronavirus.

However, their vaccine is at early stage of research. The companies have only concluded the second clinical phase with the participation of  just 722 volunteers. The third phase of clinical tests is now beginning with tens of thousands of participants. While the results are expected in autumn, the reports from the second phase are  promising. 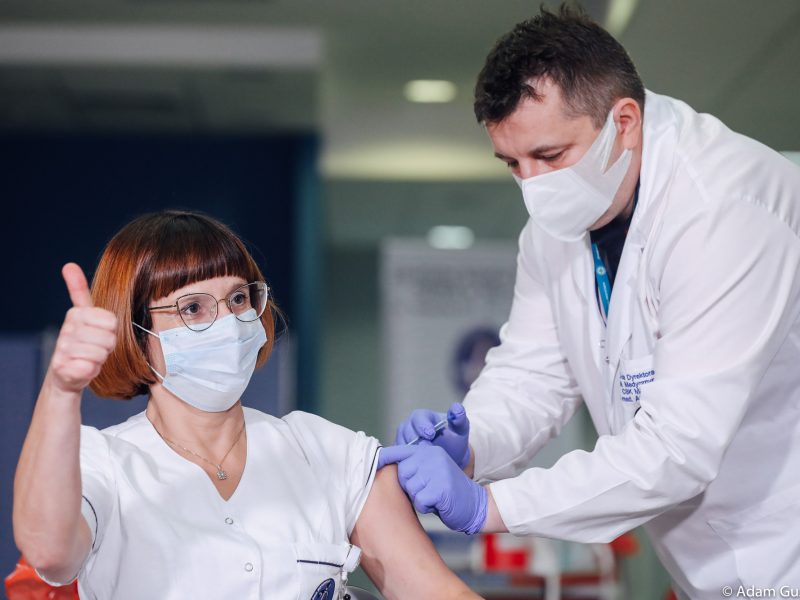 Another advantage of subunit vaccines is the low risk of side effects and inconveniences after taking it. Vector preparations, as well as mRNA (especially after the second dose), are associated with a strong immune system response in many cases.

It is not bad that we feel dizzy or we have headaches after receiving a dose, as it shows that the organism has reacted to the vaccine and it is producing immunity. But certainly fever, chills, muscle and joint pains or headaches are not pleasant and discourage some people from getting vaccinated.

In contrast – at least in case of Novavax vaccine – subunit vaccines were well tolerated by volunteers. Only standard post-vaccination reactions occured in a few cases, like fatigue, headache, injection site pain and short-term muscle pain.

However, the immune response comes very quickly. It is because the body doesn’t have to produce corresponding proteins, but it gets them already in the injection. Nevertheless the subunit vaccines needs to be received in at least two doses.

Before the mRNA vaccines were developed, subunit preparations had been perceived as a future of vaccinology and the most effective method of producing immunization preparations. But for now there is no subunit vaccine against COVID-19 in use, as they require more time to be prepared.

Subunit preparations have one more advantage – vaccines for several diseases may be put in a single injection. It will be possible to combine the vaccine for SARS-CoV-2 with the one for seasonal flu, which is very useful if we need to be vaccinated regularly for COVID-19 in upcoming years. 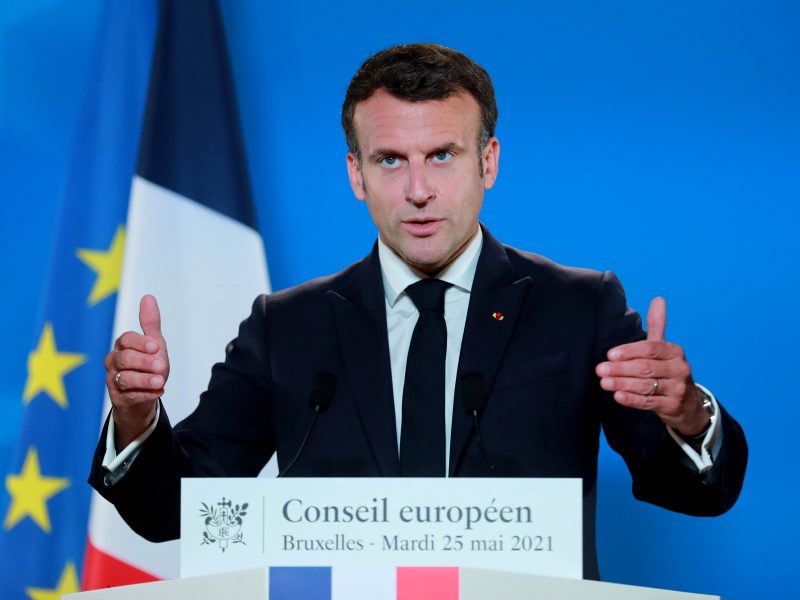 Will subunit vaccines be used in the EU?

European Union member states agreed to buy vaccines for coronavirus together with European Commission making the deals on their behalf. The joint portfolio – apart from Pfizer/BioNTech, Moderna, AstraZeneca, Johnson&Johnson and unfinished yet German CureVac (European mRNA preparation) – included the Sanofi-GSK as well, which is also not ready yet.

Therefore under pressure of some member states, the Commission launched negotiations with the seventh producer, Novavax. It was at the beginning of the dispute between Brussels and AstraZeneca company, which was failing to deliver its preparations on time and the EU was facing the problem of possible vaccines shortage.

So far the Commission hasn’t signed any deal with Novavax. When Pfizer/BioNTech (EC has already signed the deal for 1,8 bln doses in 2022-2023) increased production of its Comirnaty vaccine, there’s no such motivation in Brussels. The pressure from European capitals is also lower for other vaccines.

Poland is a  country that should be interested in involving Novavax vaccines into the EU’s joint purchasing programme. It is because in this situation the production of its vaccine would be made a priority for the European Medicines Agency (EMA), which may lead to speeding up the bureaucratic part of the approval process for the vaccine.

Poland is one of the countries where Novavax vaccine for COVID-19 is going to be produced. American concern signed a deal with a Polish Mabion company, which is supposed to produce this vaccine in Konstantynów Łódzki. Polish Development Fund has already subsidized this project with 40 mln PLN.

By the end of June, the producing line for the coronavirus vaccine is supposed to be ready and the laboratory scale of manufacturing process is already possible in Konstantynów Łódzki, said Sławomir Jaros, Mabion’s board member.

However, the conditions of commercial production are still being discussed. Novavax has already declared its intention to use the entire production capacity at the factory owned by the Polish company. Another Mabion’s board member Adam Pietruszkiewicz informed that the company has already ordered enough raw materials for the vaccine production until at least the middle of next year.

Unless European Commission includes this preparation into the joint purchasing portfolio and the EMA doesn’t approve it as a priority, first vaccines will be probably exported outside. African or Asian countries, who still wait for coronavirus vaccines may be very interested in it.