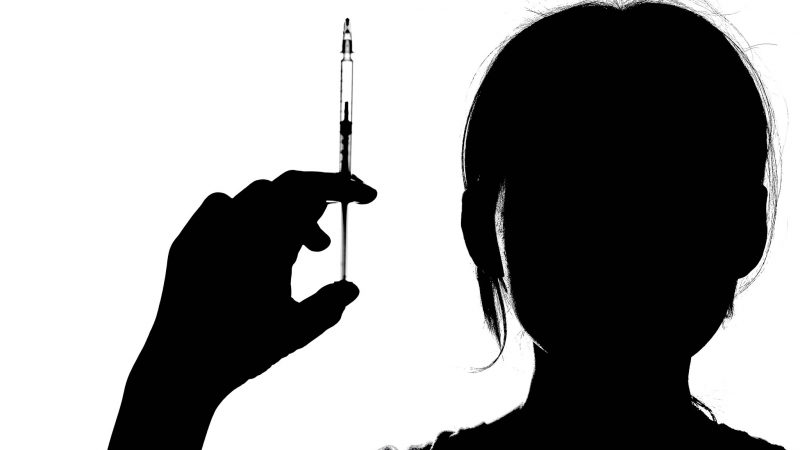 The European Commission had signed contracts for their purchase with the producers last year already last, but the transaction began only after the positive certification of these in the European Union. / Photo via flickr (CC BY 2.0) [Marco Verch Professional Photographer]

The European Commission, thanks to the positive recommendation of the European Medicines Agency (EMA), has so far approved four vaccines for use throughout the European Union that provide immunity to the disease-causing COVID-19 coronavirus SARS-CoV-2. These are Pfizer-BioNTech, Moderna, AstraZeneca and Johnson & Johnson. How are they different from each other?

The European Commission had signed contracts for their purchase with the producers last year, but the transaction began only after the positive certification of these in the European Union.

The first vaccine approved in the EU (which happened on December 21, 2020) was a vaccine developed by the US-German consortium Pfizer-BioNTech, whose trade name is Comirnaty, although the manufacturer’s name is commonly used in the media.

When a person is given the vaccine, some of the cells in their body read instructions from the mRNA and make the protein temporarily. The immune system is then able to recognize them as foreign, make antibodies against them, and activate T cells (white blood cells) to attack them.

If the person later comes into contact with the SARS-CoV-2 virus, their immune system will recognize it and be ready to defend itself against it. The vaccine-derived mRNA molecule does not stay in the body but is broken down shortly after vaccination.

However, this vaccine does not contain the virus itself or its fragments, so it is not about simulating COVID-19 infection (or its controlled disease) so that the body learns to fight it. To simplify, our cells receive a specific recipe for action in the event of an infection.

The technology is relatively new, but not as new as you might think. Work on it has been going on since the 1970s. The first patients were given preparations developed with this method in 2001.

The method is used in the work on various vaccines, including against Zika, Ebola, Marburg viruses, influenza and rabies. But it was the anti-COVID-19 vaccine (which received a huge amount of money to develop and test) that was completed and registered as the world’s first.

The vaccine of the Pfizer / BioNTech consortium prevents COVID-19 in people over the age of 16 and is authorized in the EU from that age. However, the consortium recently completed clinical trials in children aged 12-15 years.

The results of the study conducted on a group of 2,260 people were very positive. The vaccine showed 100 percent effectiveness, as well as similar side effects as in the case of people from 16 years of age and more, when 44 thousand were subjected to the clinical phase III tests. At that time, however, the manufacturer declared its effectiveness (i.e. protection against severe mileage or death due to COVID-19) at the level of 95 percent.

Possible side effects include short-term symptoms such as pain and swelling at the injection site, fatigue, headaches, muscle and joint pain, chills and fever. They appeared in about 10 percent of the cases.

Much less frequently – in 1 percent of cases – itching at the injection site, pain in a limb, lymphadenopathy, difficulty sleeping and malaise occurred. In 0.01 percent of the cases, there was also short-term muscle weakness on one side of the face.

The Pfizer-BioNTech vaccine is unfortunately unstable if it is stored at too high a temperature. The manufacturer recommended that it be kept in a specialized freezer at -70 degrees Celsius (this is how it can be stored for up to six months). The need to use such a low temperature makes it difficult and expensive to transport and administer it.

Once thawed, it can be refrigerated at 2 to 8 degrees Celsius, but it can only be stored for up to five days and cannot be frozen again. In February, however, Pfizer announced that new research showed that the vaccine was safe to keep for up to two weeks in an ordinary freezer at -25 to -15 degrees Celsius. However, EMA has not yet updated its recommendations regarding the storage of this preparation.

The Pfizer-BioNTech vaccine is given in two doses by injection into a muscle. The manufacturer recommends that the interval between doses should be a maximum of three weeks. Full immunity is produced by the body up to 21 days after the second dose is administered.

Moderna: Second vaccine in the EU

The second preparation approved in the EU (January 6, 2021) is a vaccine from the American company Moderna. It was developed with the same mRNA method used for the Pfizer-BioNTech vaccine.

The differences between them concern several details, which are mainly due to the course of clinical trials, which made slightly different assumptions than in the case of the first mRNA vaccine.

The Moderna preparation is approved for use in people over 18 years of age, because the results of studies conducted on younger age groups have not yet been published. The suggested interval between the two intramuscular doses is also slightly longer than that of Pfizer-BionTech, as it is four weeks.

Phase III clinical trials – conducted on a group of approx. 30 thousand people – showed the effectiveness of the preparation at the level of 94.1 percent, which is very similar to the US-German vaccine. The potential side effects and the chance of them occurring are almost identical. After administration of Moderna, a few cases of anaphylactic shocks have been observed during the implementation of vaccination programs.

It is not yet known how long immunity lasts after both vaccines are given. All clinical trial participants will be followed for two more years and will be monitored, among others for the level of SARS-CoV-2 antibodies in their bodies, which will bring us closer to answering this question.

In April, the Reuters agency informed – citing sources from EU institutions – that the European Commission was negotiating with Pfizer-BioNTech, with the preliminary consent of the member states, the purchase of up to 1.8 billion doses of this vaccine for 2022-2023, but Brussels has not yet officially confirmed this.

Moderna, in comparison to Pfizer-BioNTech, is much easier to transport and administer. Its manufacturer recommends storing it in a freezer, but at a temperature of -5 degrees Celsius.

The second type of vaccines approved for use in the EU are the so-called vector vaccines. They use a dead (attenuated) simian adenovirus that has been modified to contain the SARS-CoV-2 coronavirus spike white.

Adenovirus causes monkeys – mainly chimpanzees – to catch a cold. It can also infect humans naturally, but then causes colds that are even less severe than in animals.

However, adenovirus particles from vector vaccines are so unthreatening that they will not be able to multiply in the cells of the vaccinated person. However, they trigger an immune response, and because adenovirus is endowed with certain characteristics of SARS-CoV-2 (the spike protein allows it to enter cells), the body will produce antibodies that are capable of fighting the coronavirus.

The administration of vector vaccines causes side effects more frequently than mRNA vaccines. Many people experience flu or flu-like symptoms for a day or two, such as fever or low-grade fever, chills, headaches, joint and muscle aches, or in areas where they have recently become inflamed.

The side effects, however, are precisely part of the immune response and show that the vectored vaccine has worked. Scientists disagree, however, on whether the lack of such a response means that the vaccine does not produce immunity. They do not rule out that it may turn out to be weaker or less durable in such a situation.

The first vector vaccine against the SARS-CoV-2 coronavirus approved for use in the EU (which happened on January 29, 2021) is a preparation developed by the British-Swedish company AstraZeneca in cooperation with scientists from the University of Oxford. Hence its colloquial name „Oxford vaccine”. The trade name of the preparation is Vaxzevria.

For its development, a recombinant adenovirus26, called ChAdOx1, was used. It is also used for ongoing work on Ebola and HIV vaccines. It should be administered intramuscularly in two doses, 4 to 12 weeks apart.

AstraZeneca is approved for use in people from 18 years of age. Its effectiveness in preventing infection, as declared by the manufacturer, ranges from 76 to 82 percent. It has been observed that it works slightly more effectively in younger people.

However, in the prevention of severe COVID-19 conditions (requiring hospitalization) and deaths due to this disease, the effectiveness turned out to be 100 percent. 24 thousand people participated in the third phase of clinical trials. This vaccine can be stored in an ordinary refrigerator (at 2-4 degrees Celsius), so it is easy to store, transport and administer.

However, the AstraZeneca vaccine had to face very bad press in March. All because of cases of blood clots in people who received it. For this reason, more than 20 countries around the world have temporarily suspended its administration.

EMA has conducted case studies of thromboembolic events. According to data as of March 16, out of more than 21 million doses administered in Europe, 200 such cases of varying intensity were found, 18 of which were fatal.

However, the EMA Scientific Committee (PRAC) has assessed that not all thrombotic events can be related to the vaccine, but that at least several dozen are likely to be related. Nonetheless, it was considered an extremely rare side effect, the risk of which is many times lower than the risk of blood clots from contracting COVID-19.

It has been estimated that the benefits of administering AstraZeneca far outweigh the risks of SARS-CoV-2 coronavirus infection. However, it was recommended that information about the risk of a blood clot should be included in the package leaflet.

All European countries that have stopped administering AstraZeneca have already resumed it. As these events most often occurred in women under 55 years of age, one of the causes of blood clots investigated is the interaction of the vaccine with hormonal contraceptives or drugs used in hormone therapy for the menopause.

Some European countries, including Germany, Austria and Spain have decided to only recommend AstraZeneca to people over 55 years of age. South Africa is the only country in the world to drop this vaccine. There were concerns that the preparation is less effective against the so-called South African strain of the coronavirus.

The Johnson & Johnson vaccine only requires one dose

Therefore, in South Africa, the coronavirus vaccine from the American company Johnson & Johnson, developed by its pharmaceutical company Janssen, has been approved for use the fastest in the world.

It is also a vector vaccine using a modified simian adenovirus26. However, it differs fundamentally from AstraZeneca as it only requires one dose to build up immunity. According to the manufacturer, its effectiveness is 70 percent for the prevention of COVID-19, and over 95 percent when it comes to preventing severe disease.

Clinical tests were conducted on a group of over 44 thousand volunteers. It is approved for use by persons over the age of 18. Its side effects are similar to those of AstraZeneca and are also associated with the development of an immune reaction.

This week, however, two US institutions – the Food and Drug Administration (FDA) and the Centers for Disease Control and Prevention (CDC) – issued a joint recommendation to stop the administration of the drug. After 6.8 million doses, there were 6 cases of blood clots. Again, mostly in women under 55.

The EMA and WHO are waiting for information on this subject from the American side, and Johnson & Johnson has suspended shipments of the preparation to the EU, although the first thousands of doses have already reached Europe on April 12, after the EMA approved the vaccine for use on March 11.

For both vector vaccines – AstraZeneca and Johnson & Johnson, the European Commission signed contracts for the purchase of 200 million doses of the preparation on behalf of the Member States.

Disclaimer: This project is co-funded by the European Union Health Program (2014-2020).