The Union of hope and uncertainty? One year of the pandemic in the EU [INTERVIEW] 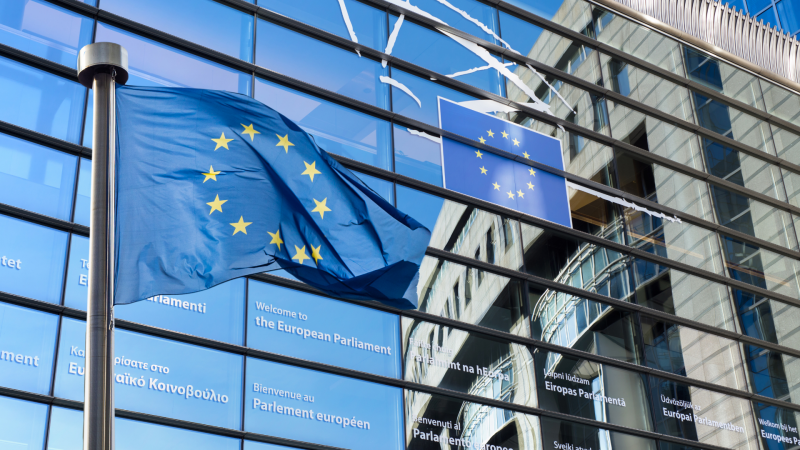 58% of the population of the European citizens say the health benefits currently are greater than the economic damage. [fot. CANVA]

The latest Eurobarometer survey shows that a year into the pandemic, Europeans predominantly feel uncertainty, hope and frustration. Philipp Schulmeister, Head of Public Opinion Monitoring Unit in the European Parliament explained the main results and underlined their role in shaping the EU’s policy.

The interview with Philipp Schulmeister is also available as a podcast on our Spotify, Soundcloud, Apple Podcasts and Google Podcasts.

Karolina Zbytniewska, EURACTIV.pl: Could you please introduce the main results of the latest spring special edition of the Eurobarometer survey?

Philipp Schulmeister: We focused on three different aspects. Firstly, how the citizens feel and how have the Covid-19 pandemic affected their personal life and in their finances. Do the citizens feel any impact of the measures the European Union has taken to fight the pandemic? Secondly, how do the citizens perceive the EU and what are their expectations towards it? And thirdly – should the EU continue its current direction of reforming or should it rather change its focus?

I would start immediately with the first one – how do the citizens feel? Do they consider health benefits to be greater than the economic damage caused by pandemic restrictions greater in their mind? 58% of the European citizens say the positive consequences of the lockdown for public health outweigh the economic damage. Although the difference in percentage is not striking, we see that people appreciate the positive results of the restrictions.

In Poland, things look a bit different. 28% of Poles do not expect the pandemic to affect their finances. This is 14 percentage points less than the European average. In overall, most Polish people say the coronacrisis has already influenced their financial situation of they expect to experience the negative consequences of the COVID-19 pandemic in the nearest future.

Absolutely. But I truly believe that people’s emotional state gives color and context. The way how I feel right now might very much impact what I say, what I think, or how I express myself. So we asked our respondent about their mental comfort. Most of the respondents said they feel uncertain and only 37% said that they feel hope.

Can I ask about the results of the very same question in the previous Eurobarometer editions? Has anything changed in terms of the feeling of uncertainty among the society?

Yes, we asked the same question in the series of three surveys we did in 2020. It is not possible to directly compare the data. But what we can see is that at the beginning of the pandemic, in March and April 2020 it was the feeling of uncertainty and fear that dominated.

About 45% of the respondents said they felt helpless. The level of hope was relatively low. After that came the summer, things changed, hope came up. Then again came autumn, the second wave with the increasing infection numbers throughout the EU and the uncertainty moved up again to the front position.

It is interesting how the level of frustration and anger is rising. There are five countries, where frustration tops the list of feelings, among them Finland, Germany, and Sweden, where people feel most frustrated about the situation as it is.

Is it about the EU, pandemic or is it frustration in general?

The question was not specifically formulated. It was a general question about the citizens’ emotional status. The rising feeling of frustration in many countries for me is clearly connected to the ongoing pandemic, to the fact that we still do not know when and how it will end.

Are there any results that you find especially striking or unexpected? Something that you did not expect might happen in this one year of the pandemic or in comparison to the previous Eurobarometer surveys?

Let’s get back to the first half of 2020 when the EU was attempting to put forward the necessary measures to fight the pandemic. There was quite a lot of criticism of the slowness and inefficiency of the EU’s actions. So we might have expected that the overall image of the European Union would suffer from this.

For me, particularly interesting is the difference between the fundamental support of the EU and the satisfaction with its actions. The most surprising result gave the question about the EU image among the citizens – positive, negative or neutral.

We are currently at the highest level of the positive EU image in more than a decade. I personally believe this tendency is largelt cause with the lessons that we have learnt over these last years. The financial crisis, Russian threat, China, Trump, Brexit. We have learnt that we can do things better together than on a national basis.

What changes would the citizens like to see in the functioning of the EU? Are there any recommendations on reforms?

We asked the peoplr if they think that the EU should have more competencies in the future to better deal with crises such as the pandemic. The results were clear – 74% say that yes, EU should definitely be better equipped to combat crises. In Poland, 57% tend to agree that the EU should possess more competencies in the area of tackling crises, which is one of the highest results in the EU (compared to the 46%, the European average).

Can we say that the EU listens to its citizens’ recommendation and is implementing the measures that the citizens expect to be implemented?

I do believe so. The results of Eurobarometer serves the EU institutions on one hand, but on the other hand they are also a tool for governments to help them to determine policy priorities. Let’s take two examples. Firstly, the Conference on the Future of Europe. We are starting there specifically from the position that the European Parliament needs reforms.

Citizens would like to see reforms, they would like to see a change in the way the EU operates. The question is whether we do it within the treaties or by changing the treaties. This is something which requires discussion at the Conference. The whole setup of the Conference is based on interviews, just like Eurobarometer. We collect the ideas, the citizens’ opinions, and make conclusions.

The second thing is the public health. This is a new priority for the citizens of the EU and we already see that it should be an issue where the EU gets more active. In my opinion, yes – Eurobarometer absolutely contributes to opinion-forming processes.

What are the general trends of the Europeans’ opinion towards the EU? Is there any trend of rising opinion, rising pro-European tendencies among the Europeans or it is more hectic?

I think we have to separate the long term results from and the short term tendencies. Let us look at one of the questions we asked – whether people think that the membership of their country in the EU is a good or a bad thing, and whether their country has benefited from this membership. Now what we see is a long-term trend over of an increase of strong and stable support for the EU.

I really believe that citizens had understood that doing things together as the Union, as a community, is better than doing it alone, on a national basis. When it comes to the question about the image of the EU, we had 40% of positive opinions in 2019, and 50%. in December 2020. This shows increasing support as the long-term trend.

Short-term trends are for example reaction for the measures taken to fight the pandemic. Some countries are happy about them, some are more disappointed. There is a huge discrepancy. The citizens’ attitude depends very much on the context and the situation of where the country is right now. In short, we observe sustainable support for the EU, but also demand for some reforms.

The other thing is a social economy. The EU should do more to fight poverty, to fight social inclusions, to support the economy, to create new jobs. This has always been on the top. The next thing is climate change. Climate change is a key topic for the EU. We see that the public interest in climate change has not dropped during the pandemic. It stays as an important issue for the majority of Europeans, also in this crisis.

Political leaders in Hungary and Poland are highly euro-critical, when at the same time Polish citizens and Hungarians are among the most euro-enthusiastic nations in most of the Eurobarometer surveys. How would you explain this paradox?

There is a difference between public opinion and published opinion, and by published I don’t mean necessarily what media are writing, but there might be a difference between how people feel and what politicians say. And, yes, it is true, over the past years and that goes not only for Hungary and Poland but also for many other countries. We see that for Poland and Hungary the appreciation of the EU membership was always far higher than what you heard at the political level. There is a certain gap, if just looking for example now at the results from this survey, we have a standard question: would you say in general that things are going in the right or in the wrong direction in your country and in the EU? Currently, 34% of Europeans say things are going in the right direction in the EU. In Poland, it is 37%, so slightly above the average. Again, it confirms that there is a fundamentally pro-European attitude within the Polish population.

When it comes to the question of whether things are going in the right direction in my country – 32% of Europeans agree with this statement and in Poland only 22%.

So we are less nation optimistic at the moment…

This is what the results of this survey would suggest, but then again one would have to delve a little bit deeper into the social demographics for each country. Single indicators rarely explain everything, but in theory, the public position towards the EU might be indeed different from a political position.

Is the EU satisfied with itself basing on the opinions of its citizens or how would you describe this situation?

It is a really good question because it brings us back to what I think is a key message from this survey. Shuman once said that the EU needs to be built every day. The whole project is a journey. The pandemic threw a harsh light on shortcomings, on things that are not working well. It also shows as in the title of the poll – resilience, and recovery. There is a fundamentally strong resilience when it comes to how people see the EU. There is also a significant proportion of people saying that there is a lot that we need to change.

Is it a perfect Union? – no. Do we need to change something? – yes. European Parliament will do help with that, that is for sure.