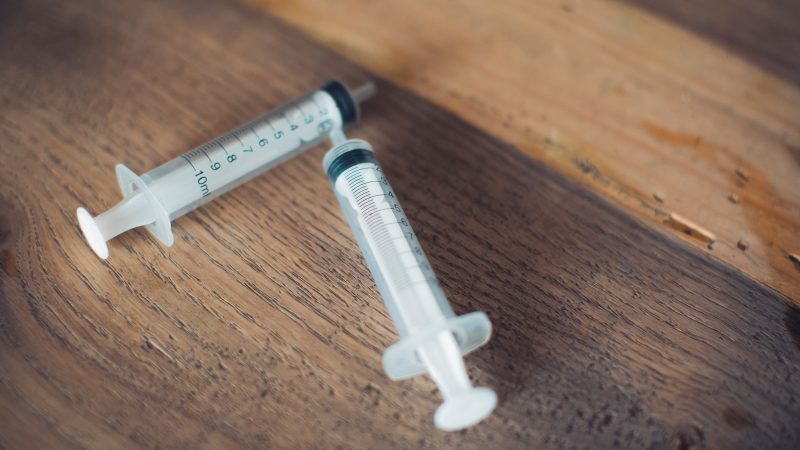 On December 9, 2021 the Austrian government laid a bill before parliament that would impose a mandatory COVID-19 vaccination requirement for all its residents. The law is to come into force from February 1, 2022. / Picture: Unsplash [Markus Spiske]

With Austria as a pioneer, more and more countries are now considering to make COVID-19 jabs mandatory. What are potential benefits and risks? Is this compliant with human rights?

On December 9, the Austrian government laid a bill before parliament that would impose a mandatory COVID-19 vaccination requirement for all its residents. The law is to come into force from February 1, 2022. Those who resist will face up to 3600 euro fines, which is still much less that the initial proposal of 7000-euro fines.

Many countries in Europe and beyond are now considering whether to follow the pattern. Many have already adopted mandates in certain workplace settings, including Australia, Brazil, Canada, France, Indonesia, Italy, and the UK.

There are questions, though. Firstly, mandatory vaccinations may lead to even bigger resistance. Secondly, how to ensure the law does not breach human rights?

Bearing in mind the aformentioned concerns, most countries have not decided yet whether to make vaccination against COVID-19 mandatory. What can (potentially) go wrong?

Should we not force people to something which is good for them?

It has been proven by experts that getting vaccinated against the COVID-19 reduces the risk of serious illness. Consequently, the more people jabbed the fewer hospitalisations and deaths. Why not to force people to what serves the common good, one might ask.

Mandatory vaccinations has helped to eradicate numerous diseases that were previously a real threat to whole populations. „We have really good examples that just show a direct causal relationship between requirements, getting very high vaccination rates, and protecting not just individuals but protecting communities,” says Jason Schwartz, an associate professor in the History of Medicine at Yale University, quoted by British BBC News.

„Vaccines work, they absolutely work, we’re got a large body of evidence to show that,” he says.

Mandatory vaccination in Austria is expected to rise the vaccination level, but even mandates softer than the one proposed by the Alpine country has succeeded in achieving the same goal, points out BBC. France’s sanitary passes, which are required to enter restaurants and other public spaces, have helped to get more people vaccinated so that the country does not need now to mull mandatory inoculation.

Another argument is that all softer options has already been exhausted and in the face of unprecedented infection numbers countries have no choice but to be tough. It is like a mother forcing her child to wear a cap outside when it is cold. If people are not responsible enough, should they oppose if requests are replaced by orders, again one may ask.

The differences between vaccination rates in various European countries are starking. For instance, until December Portugal had already vaccinated almost 90 per cent of its population. On the contrary, in Bulgaria and Ukraine the percentage of those vaccinated remains below 30 per cent.

European Commission President Ursula von der Leyen said some time ago it is time to think about mandatory vaccinations. Yet, she stressed individual governments would decide. „We have the vaccines, the life-saving vaccines, but they are not being used adequately everywhere,” she said. 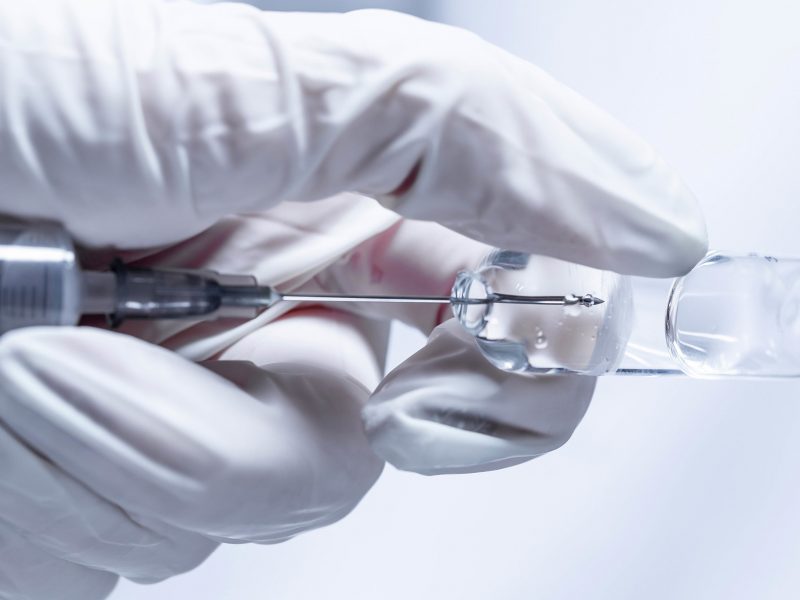 The example of Israel shows that a third dose enhances significantly the level of protection from COVID-19.

The consecutive lockdowns brought thousands of protesters to the streets, and the decision by the Austrian government to mandate vaccination against COVID-19 had a similar effect, which, considering the number of anti-vaxxers that came forward over 2021, should come as no surprise.

„When it comes to vaccines, people do think very differently,” says Vageesh Jain, a public health doctor at the Institute for Global Health at University College London, quoted by BBC.

„Anything that’s administered to them in their body, it’s not going to be thought of in the same way, even though academics and others may think theoretically it’s just a restriction, people do have this kind of emotive response,” he says.

Still, many believe that forcing people to vaccinate is not the only way of getting them vaccinated and that people’s doubts should rather be answered than ignored. „For those who are afraid, who have no trust, for those whose assessment of risk is low – for them it is important that they are listened to and that their concerns are taken seriously,” Barbara Juen, a health psychologist at the University of Innsbruck, told national broadcaster ORF.

Many governments are afraid that introducing mandatory vaccination may undermine their political support, while numerous parties tend to play on people’s fears concerning vaccination for political gains. „We have witnessed, especially in Europe, parties tapping into the vaccine opposition and knowing that that might be a way to get votes from a certain section of the population,” points out Samantha Vanderslott, a social sciences researcher at the Oxford Vaccine Group.

„We could see more parties, and they tend to be on the right, putting out that kind of message in their political campaign and saying that they want to remove measures for mandatory vaccination. That’s a fear and then once that happens, we don’t have the option anymore to use that as a policy measure,” she says. 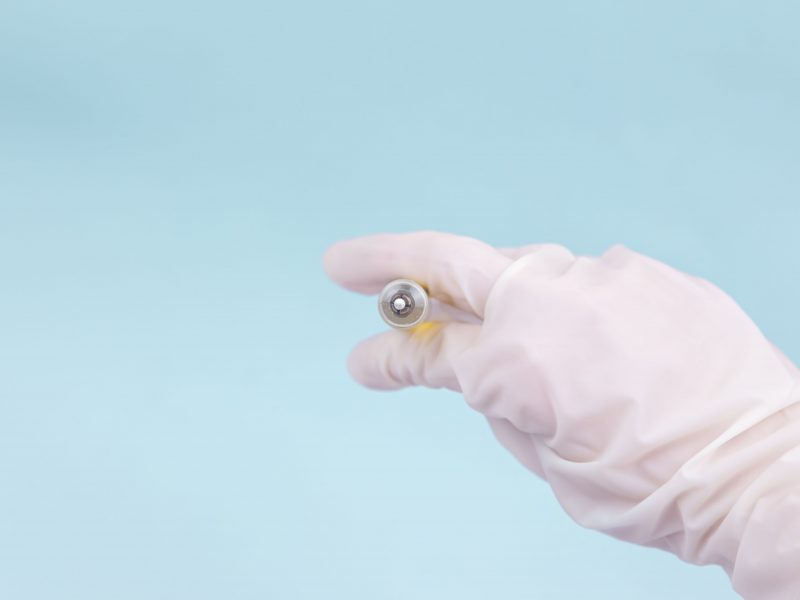 Polio: A forgotten disease returns. Is a new pandemic a real threat?

Poliomyelitis is developing new cases in Asia, Africa and even Europe. How the once practically eradicated disease become a danger again?

WHO cautions against mandatory vaccination

What is the position of WHO towards mandatotry vaccination? One might expect the World Health Organisation would support any steps that could lead to more people get vaccinated. Yet, when it comes to mandating vaccination, WHO refers to it as „the last resort.”

Hans Kluge, WHO regional director for Europe, says that countries shouldn’t mandate vaccination unless they had first reached out to communities. “Mandates around vaccination are an absolute last resort and only applicable when all other feasible options to improve vaccination uptake have been exhausted,” he states, quoted by Politico.

He also warns that mandates shouldn’t be used to increase social inequalities in access to health and social services. 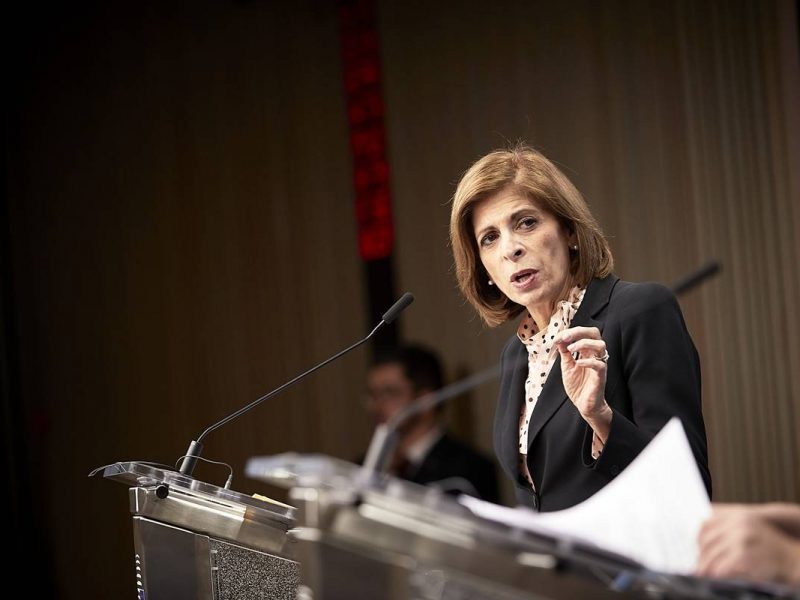 Commissioner Stella Kyriakides on COVID-19 and vaccination: We need to trust science! [PODCAST]

Vaccination is the most effective way to end the pandemic and get back to a normal life, says Stella Kyriakides, EU Commissioner for Health and Food Safety.

„We believe that this view is mistaken, at least as a matter of international and comparative constitutional law,” the researchers state. „Even on the most libertarian understanding of liberty, philosophers and jurists agree that restrictions on liberty can be justified if they prevent harm to others. The European Convention on Human Rights recognises this by considering the right to physical integrity under article 8 to be a 'qualified right’ that can be limited 'for the protection of health’,” the authors argue.

They refer to the 2013 Global Vaccine Action Plan, in which WHO reinforced the view that ”immunization is, and should be recognized as a core component of the human right to health and an individual, community and governmental responsibility”, as well as the article 12(c) of the ICESCR, which lists “the prevention, treatment and control of epidemic… diseases” as among the obligations entailed by the right to health.

They also point out that more than 100 countries there already exist some version of mandatory vaccination of school children for a range of diseases, including measles, mumps, rubella, tetanus, and polio, and a number of states had pre-pandemic laws that gave legal authority to impose vaccination mandates against COVID-19 in particular.

The authors warn that „the in-principle compatibility of mandatory vaccination and human rights does not mean that governments, employers, or schools should be cavalier about their adoption.” Since „they certainly interfere with fundamental rights,” „careful design is required to ensure that vaccine mandates do not violate rights.”

Therefore, they argue that introducing mandatory vaccination must have an appropriate legal justification and should be preceded by sufficient social consultations. „Although mandatory vaccination requirements must be designed with great care, there is no reason to think they are inherently incompatible with human rights law,” they say.