Poland’s road to nuclear: Will it pay off? 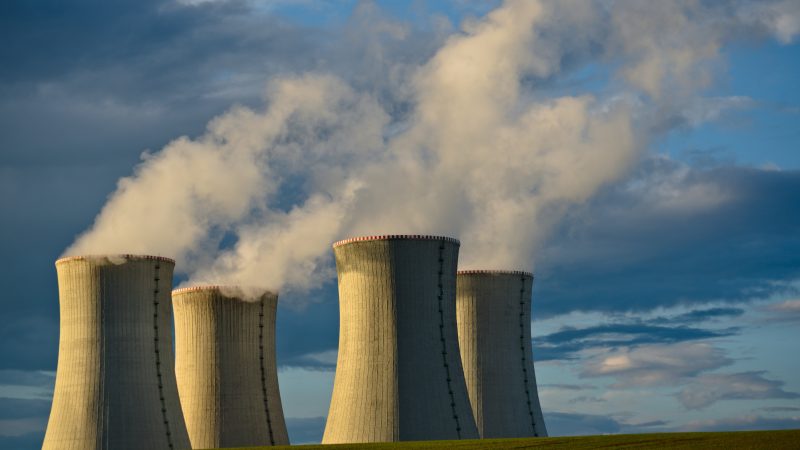 Construction of a nuclear power plant will make us less dependent on energy carriers which we now import in large quantities from abroad. [photo via unsplash]

The current government wants to build the first nuclear power plant in Poland. It will be an expensive investment, but according to its supporters it will be profitable because it will pay for itself very quickly. Environmentalists, on the other hand, speak about possible environmental costs and fear that development of nuclear energy will result in lack of money for development of renewable sources.

The authorities in Warsaw have been talking about building Poland’s first nuclear power plant for a long time. However, the project is still at a relatively early stage of development. In December last year, the preferred location for the project was announced. The first Polish reactor to produce electricity would be built in the Choczewo municipality in Pomerania, near the villages of Lubiatowo and Kopalino.

However, there is still a long way to go before construction can begin because the state-owned company, Polskie Elektrownie Jądrowe (PEJ), is still applying for the necessary administrative decisions. A report on the environmental impact of the investment is also being prepared.

„We are proceeding according to plan and the site selection is a confirmation of this. Poland needs nuclear energy, and the construction of the first power plant of this type in Poland is important for the entire country both in terms of energy transition, as well as security of energy supply”. – said Minister of the Environment and Climate Anna Moskwa. 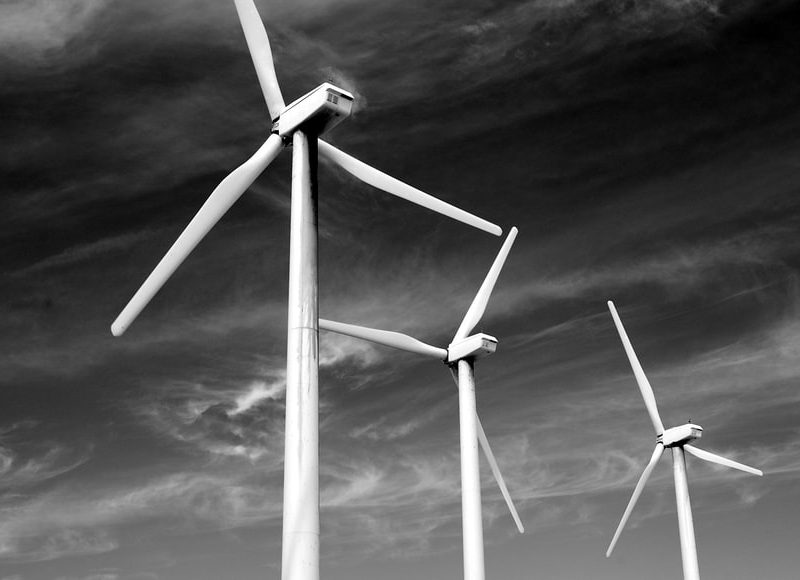 For many years the Bełchatów region was associated with the mining industry. In the face of the energy transformation, green investments are to be the new flywheel. But will they replace coal?

Bełchatów Power Plant is the largest emitter of greenhouse …

Which reactors would operate in Poland?

According to the Polish Nuclear Power Programme, large PWR reactors, i.e. pressurized water reactors, are to be built in Poland. This technology is considered by experts as one of the safest because the power of the reactor is regulated by the concentration of boric acid in the water in the primary circuit. Graphite rods are used only to start up and shut down the reactor.

Of the reactors using this technology, only one has ever had an accident. This is the reactor at the Three Mile Island nuclear power plant in Pennsylvania, USA. The safety containment used in the design, however, prevented the reactor from leaking. No one was killed as a result of the accident.

In early February, President Andrzej Duda also signed an amendment to the Water Law Act, which will affect the application of current regulations in the environmental assessment procedure for the location of power plants.

The opposition opposed the amendment, however, pointing out that it will limit the participation of the public and environmental organizations in environmental procedures. According to the amendment, only citizens living up to 100 meters from the power plant will be able to raise objections, which means that practically no one will be able to do so. 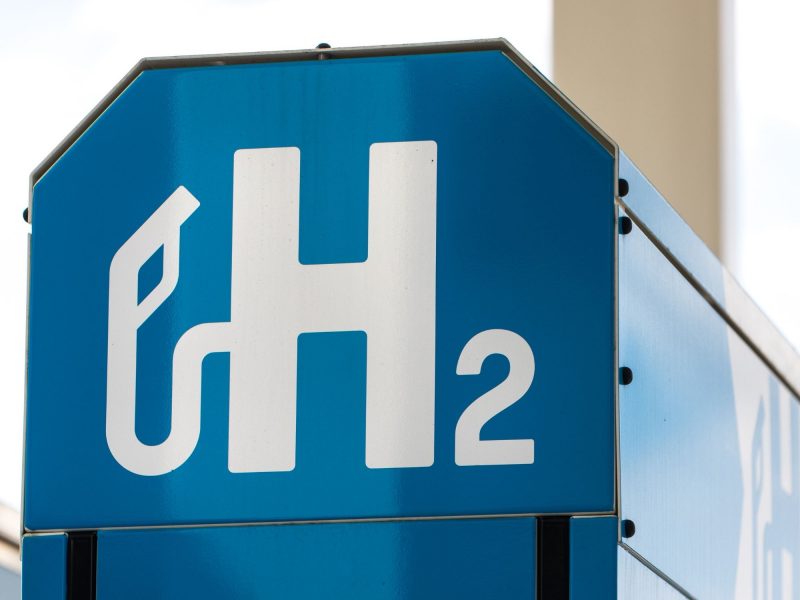 Hydrogen in Poland: A viable alternative as an energy source?

Does hydrogen have a chance to become a dominant energy source in Polish conditions?

How much will a nuclear power plant cost?

Poland’s Energy Policy Plan to 2040 assumes that the first reactor with a capacity of 1 GW to 1.6 GW will be built by 2033. Subsequent units are to be launched every two to three years, with the ultimate goal being to build six units by 2043 with a total capacity of between 6 and 9 GW.

As the Polish government’s plenipotentiary for strategic energy infrastructure Piotr Naimski informed in mid-January, „in autumn this year there will be premises for the Polish authorities to choose the technology in the Polish nuclear program. American, South Korean and French technologies are under consideration.

The final cost of building a nuclear power plant in Poland will be determined precisely after selecting a specific technology and an international partner for this investment. However, the Polish Economic Institute estimates that it will be about 105 billion zlotys. This would constitute as much as 1/3 of the funds planned for energy investments until 2040.

According to the president of the Atomic Forum Foundation Łukasz Koszuk, however, it is worth spending this huge money. „Actually, the investment costs are large. Construction of a nuclear unit may be even four times more expensive than a coal-fired unit of the same capacity. It should be noted, however, that a nuclear power plant can be operated for at least 60 years, while coal-fired units for 40 years. Thus, the investment costs are spread over many years,” he says. – he says.

As he convinces, construction of a nuclear power plant will make us less dependent on energy carriers which we now import in large quantities from abroad. „Today it is so important to become independent from Russian coal or gas. A typical block of a nuclear power plant consumes several dozen tons of fuel per year, i.e. one truck per year. That is why in the case of nuclear power, and in contrast to coal or gas power, fuel can be accumulated and stored safely for many years”. – emphasizes Łukasz Koszuk. 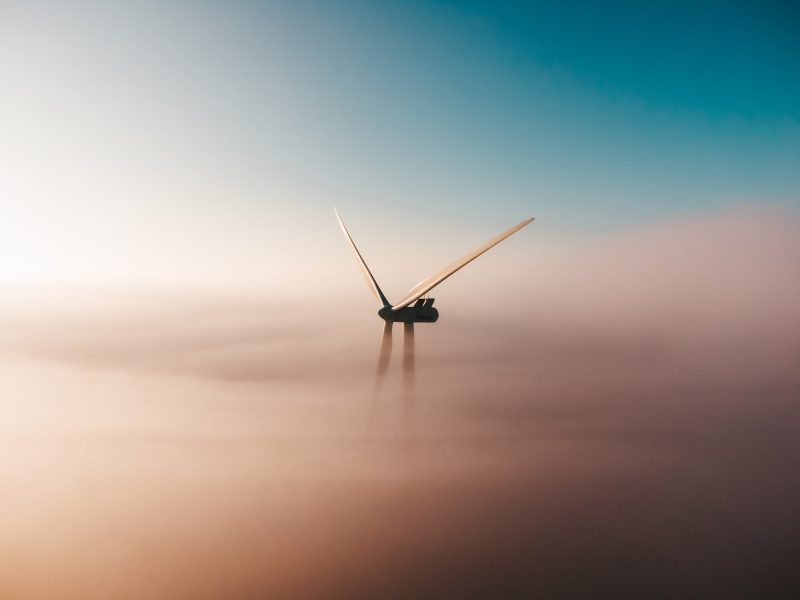 How to produce more wind energy in Poland?

Wind energy has great potential in Poland, but its development is limited by legal regulations, experts point out.

Environmentalists fear for the future of renewables

Environmentalists, however, fear that expensive investments in nuclear power will result in less money and less willingness to invest in renewable sources, whose contribution to the Polish energy mix can be increased more quickly and reduce the share of hydrocarbons earlier than in 2033, when the first Polish reactor is to come online.

Joanna Flisowska of Greenpeace Poland is concerned that the planned deadline can be met. „Polish plans for nuclear energy are detached from reality. Nowhere in the world are nuclear power plants built in a decade as the government plans. The last units under construction in Europe show that each time the investments experience huge delays and increase of the previously assumed costs during construction”, – she points out.

And she stresses that „in Poland we need solutions for the energy sector now.” „We need to move away from coal by 2030 not only because of the climate crisis, but also because of the economics and the technical state of our power plants. Already in 2025, we are facing the first large wave of coal unit shutdowns.” – says Flisowska.

The Greenpeace Poland expert also argues that „we need solutions for now and the next decade and not in twenty or thirty years, and such a solution is investing in renewable energy sources and energy efficiency.” 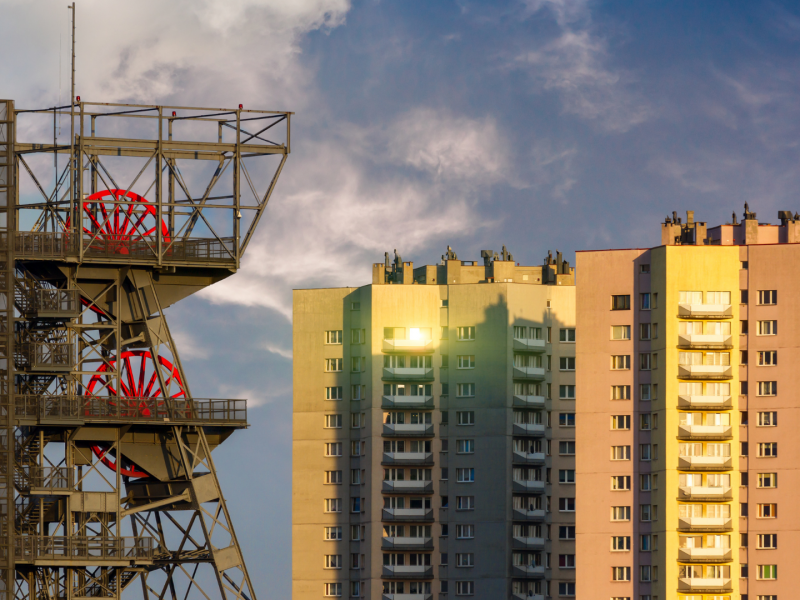 Fit for 55: What challenges for Poland?

Summary of the webinar „Fit for 55: What Challenges Does Poland Face?”.

Koszuk: Atom must first of all replace gas and coal

Łukasz Koszuk, on the other hand, believes that renewables alone are not enough. „Renewables are an interesting idea, but they don’t always work. When the wind doesn’t blow or the sun doesn’t shine, you need stable sources of energy.” – he says.

Poland was among those countries that insisted that the EU taxonomy of green energy sources should also include gas energy, if only temporarily. The European Commission has recently agreed to these appeals. According to Łukasz Koszuk, however, further investment in gas would be a mistake.

„Germany has decided to abandon nuclear power in favor of gas. We see in the face of Russia’s war with Ukraine what the consequences are. We cannot make the same mistake, let’s not look at the Germans. They are not a good example to follow in this case”. – emphasizes the president of the Atomic Forum Foundation.

According to Łukasz Koszuk, „we need to develop renewable energy sources, but in combination with nuclear power.” „Only such a formula will provide us with energy security and >>clean<<, i.e. low-emission energy sources. We should do everything to accelerate the construction of nuclear power plants in our country” – he says. 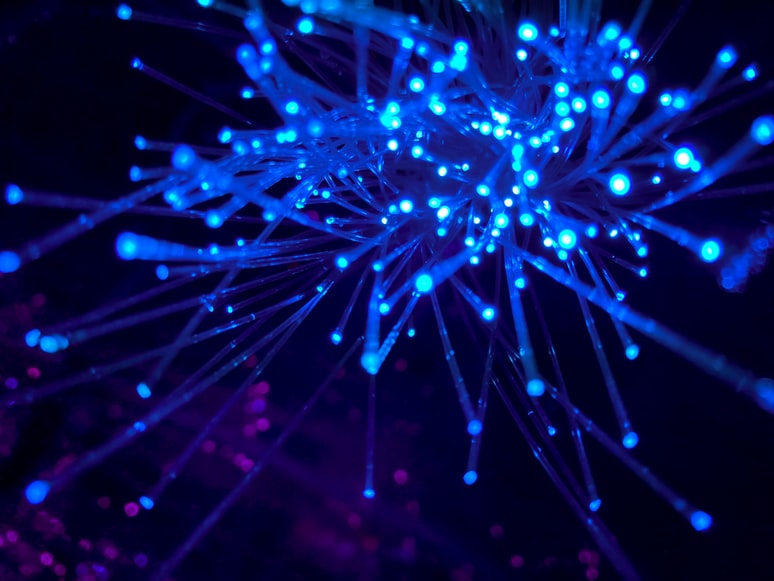 With increasing demand and rising electricity prices, it will become crucial in the coming years to ensure better efficiency in power grids.

What about spent fuel?

Environmentalists, however, point to further costs, both financial and environmental, associated with spent nuclear power plant fuel, which in most cases simply needs to be stored somewhere in a properly secured manner.

„The problem of the final method of storing nuclear waste is still unsolved in the world. The existing solutions are temporary and do not solve the problem”. – Joanna Flisowska emphasizes.

Łukasz Koszuk points out, however, that these are costs which only appear after a nuclear power plant has been shut down, as previously the ones related to currently closed power plants in Germany were estimated by the federal government in Berlin at EUR 24 billion.

The President of the Atomic Forum Foundation points out that science is working on solutions concerning disposal of nuclear fuel and there are already solutions allowing recovery of unused uranium and plutonium during operation of a reactor and production of new fuel, the so-called MOX fuel, which can be used in nuclear reactors.

In turn, other methods make it possible to inactivate further potential harmful isotopes, such as actinides. „At present, we already have possibilities to neutralize spent nuclear fuel, making it unsafe not for hundreds of thousands of years, but for about 300. And this is accpetible. In Poland, we do not yet have to decide what we will do with the spent nuclear fuel from our power plants,” – Koszuk says.

In his opinion, the problem of disposal of waste from nuclear reactors will appear in Poland at the earliest in 70 years. „That’s as long as nuclear power has in general. During this time the technology has developed a lot. We don’t know what technologies will be developed in the next 70 years” – adds the president of the Atomic Forum. 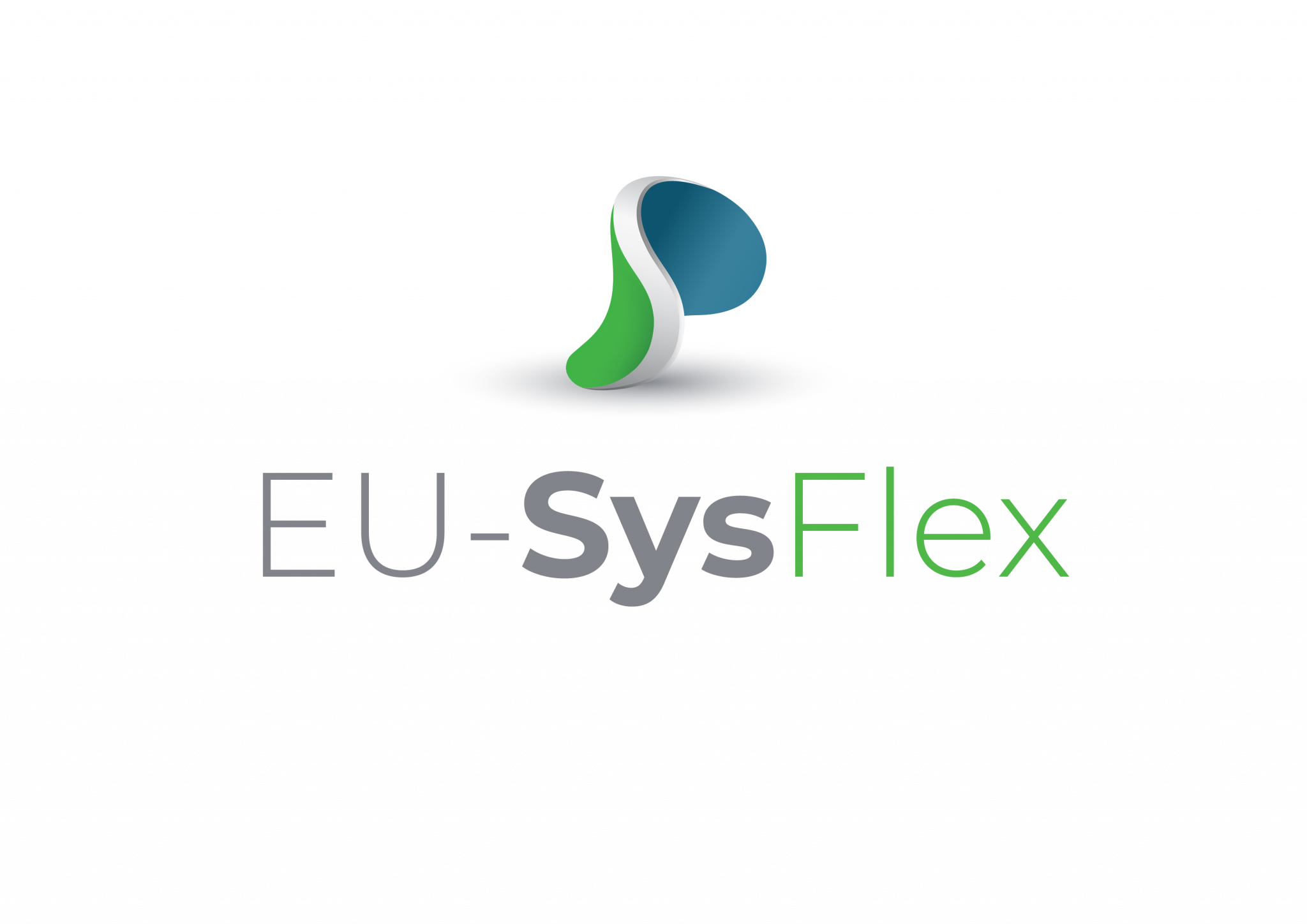