Fit for 55: What challenges for Poland?

Green energy and economic transformation is a considerable challenge for Poland. / fot. via Canva

Green energy and economic transformation is a considerable challenge for Poland. The EU „Fit for 55” programme – even though its implementation would be a huge task itself – may benefit us and help with the changes we would have to implement one way or another. This is the conclusion reached by the participants of Euractiv’s webinarium “Fit for 55: What Challenges Does Poland Face?”.

A legislative project called „Fit for 55” was announced by the EU in July 2021. It consists of 13 law proposals, some of which are new and some are actualised versions of old ones.

All of that serves as a roadmap to achieve a new, even more ambitious than the previous one, climate goal to reduce EU member countries’ CO2 emissions by 55 percent, compared to the emission levels from 1990.

Until 2050 the EU wants to be carbon neutral, which means it wants to have an economy that absorbs the same amount of CO2 that it emites.

The new climate goal, alongside with the “Fit for 55” plan that will help achieve it, is a key element of the European Green Deal, published by the European Commission in 2019. It awaits approval by the European Parliament and the member states. Changes proposed by Brussels are a challenge to each one of them. Attendees of the webinarium, organised by EURACTIV.pl, debated about Poland and its position towards the “Fit for 55” package. 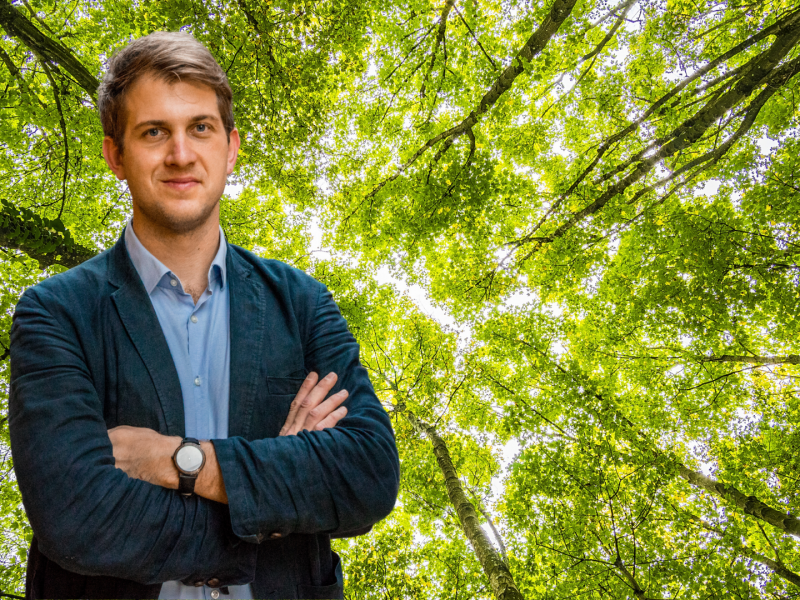 The New Climate and Energy Package. Is Europe Fit for 55?

With the new „Fit for 55 Package” coming along, we invited the MEP Michael Bloss to discuss whether the reforms planned by the EU are ambitious enough to fight the climate crisis.

he editor-in-chief of EURACTIV.pl, Karolina Zbytniewska pointed out that one of the key element for Poland within “Fit for 55” is the reform of the Emission Trading System (EU ETS) as well as CBAM, which is a mechanism that adjusts the price of goods imported into the EU, in relations to the CO2 emission that was necessary to produce them.

„A reform of a European directive that concerns energy conditions for European buildings is also highly desirable,” said Zbytniewska.

Deputy Minister of the Environment and Climate of Poland Adam Guibourgé-Czetwertyński pointed to the need to ensure that the solutions proposed by the EU will prove successful and that their implementation won’t create any unnecessary obstacles for European societies, especially the less affluent groups.

„I’m sure that the European Commission’s propositions could be improved. The European Council has prepared a set of regulations concerning the 2030 emission goals and it is important to us that they should be abided,”said the minister.

He referred to defining the capacity of the carbon dioxide emission reduction technology or pointing out the essential investments. „The EC’s position must be implemented in the final version of the Fit for 55 project,” he added.

Guibourgé-Czetwertyński explained that one of the most important arguments of the Polish government is the injustice of the EU ETS system. „The system sends a financial message indicating the producer should lower the carbon dioxide emissions immediately. In our opinion the system should also allow investment”, he stressed.

“We should abandon the system that works only as an extra tax and additional burden for governments for an alternative that supports the green transformation not only of the industry and the energy system, but also of the economy”, he concluded. 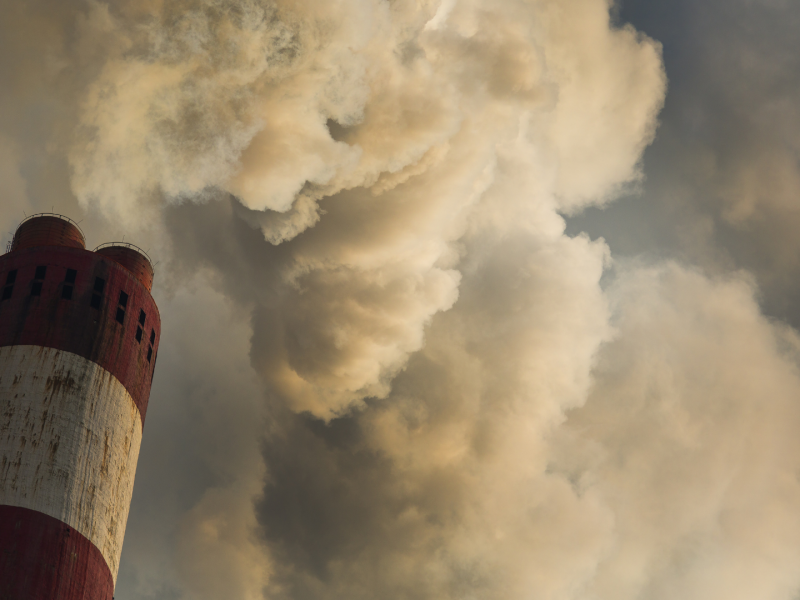 How to balance the energy system in Poland after coalexit?

How to fill the gap left by coal and is Poland able to ensure its energy security despite the decarbonization process?

European Commission: The results will come, but we need to wait

European Commission’s DG CLIMA Director-General Raffaele Mauro Petriccione pointed out that the results of global warming can be felt in daily life, so we must reorganise our daily functioning. „The transformation will be successful only if we decide that we will achieve all of our goals regardless of social justice, economic growth or creating jobs. There is no alternative,” said the EC representative.

Petriccione underlined that the green transition is not a fast process. “That’s what’s so difficult for people to understand. We do not have a 30-year-long horizon that we do not see beyond. Our horizon is next week, month, year. We must focus on green and modern investments and we must focus on it now. We have to make this process irreversible,” he said.

It has to be understood that the effects of today’s investments will be visible by the end of the decade, he added. “It won’t happen tomorrow. We need research, money and time for implementing new solutions. It is crucial, especially if we don’t want the transition to be disturbed. That’s why Fit for 55 is so pivotal. It may be only one step, but it’s the largest step towards the low emission standards we would like to reach in 2050,” said Petriccione. 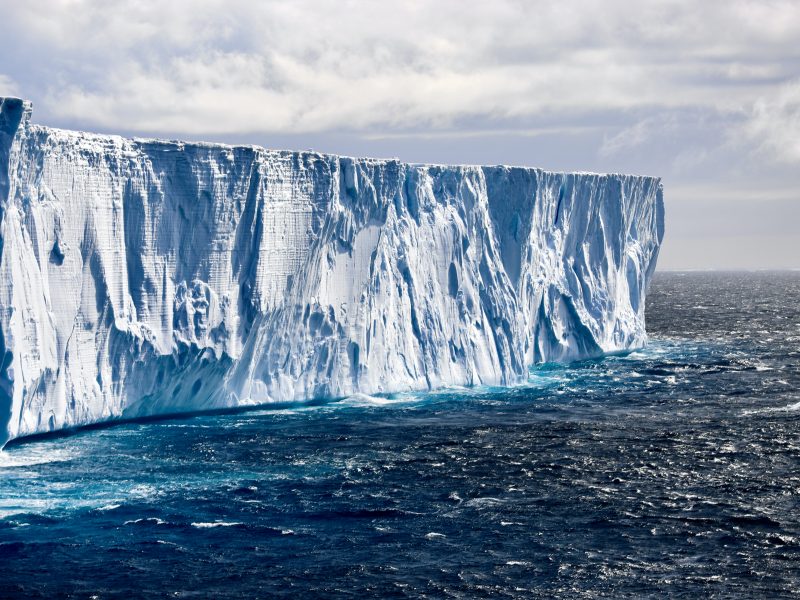 The decisive decade to fight climate change. Is the EU doing enough?

„The problem is that the speed at which we reduce our emissions in Europe actually is not in line with the Paris Agreement, so it does not guarantee to keep the temperature rise below 2 degrees”

MEP Tobiszowski: The EU must be precise setting up their climate agenda

Law and Justice (PiS) MEP Grzegorz Tobiszowski, Deputy Energy Minister between 2015 and 2019, spoke about the decreasing share of coal in the Polish energy mix and economy.

“Not more than twenty years ago a hundred thousand people worked in the mining sector, while today it’s only thirty thousand. There were many more mines in our country two decades ago than today. For energy production, we use about 40 mln tonnes of coal per year. The amount of coal extracted is decreasing every year. every year. It’s a process that has begun and will go on, as I see it” – said Tobiszowski.

On the other hand, the MEP pointed out that the miner regions need investments that will help them to abandon coal mining. „In the Silesian voivodeship IT and hi-tech infrastructure has replaced steelworks and mines. In my opinion, regions like that need stability, yet some of environmental ambitions get more demanding every year and they do not always take into account what we have already. No analysis was done one how the EU member states were doing with previous climate goals and now we have even newer, more advanced ones. For the business and the industry it is highly important to know in what field we did good and in what field we didn’t. We must know what branches of the economy to support,” he claimed.

In his view, the EU lacks the ability of precise analysis. Instead, people are fed with populist and general slogans. “We must know exactly how much money we must spend on every project we want to implement”, said Tobiszowski.

He added that the mining industry is experiencing its own renaissance. In his opinion, European mines are modern and eco-friendly. “Instead of using our modernised mining facilities we tend to import coal from regions and countries that don’t have essential environmental regulations and mine fossil fuels in a way that’s a lot more harmful to the environment. We can’t be the only ones who take care of our planet, while other big markets – China, the USA, India, Indonesia – do not. We will lose the race that way,” said Tobiszowski, insisting that we should export eco-friendly regulations and technologies also abroad. 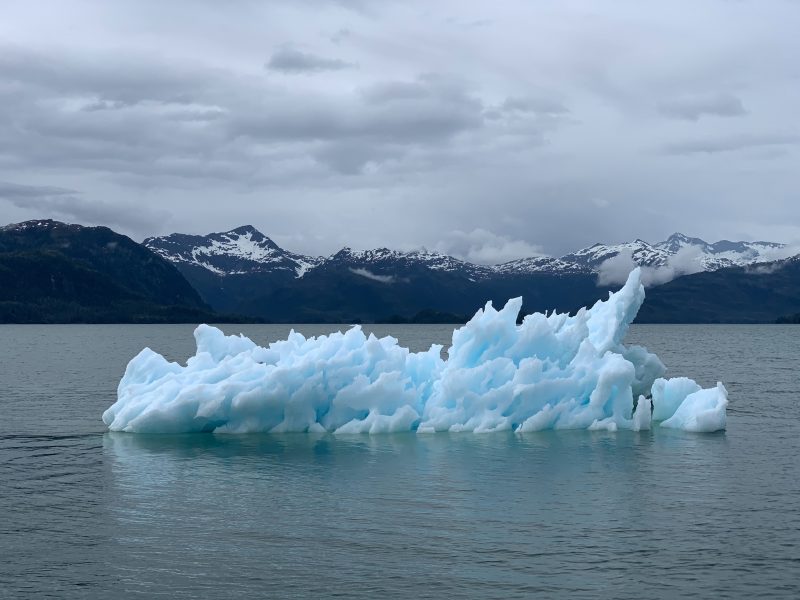 5 years of the Paris Climate Agreement. What has been achieved?

The adoption of the Climate Agreement five years ago was received with great hope by environmental organizations.

Strict measures must be taken into action anyway

European Commission’s European Green Deal expert in Poland Izabela Zygmunt said that the actions that needs to be taken under “Fit for 55” would have to be taken anyway, in order to solve other problems the EU tackles.

“‘Fit for 55’ is about increasing the role of renewable energy sources, lowering the energy consumption – especially in buildings – or lowering the carbon dioxide emissions from transportation. Those measures will help us get rid of the air pollution problem, which still bothers Poland, even though we have been trying to minimise it for years now,” the expert said.

The “Fit for 55” package gives an opportunity to speed up those actions and to do that in a way that lets us to reduce energy poverty, which could soon become a major global problem. The package implies, among others, termal modernisation plans for buildings that anyone could afford, regardless of the income, she stressed,

Izabela Zygmunt also reminded the attendees that the basic goal of both the European Green Deal and the ”Fit for 55” package is just transition towards emission neutrality and eco-friendly transport.

„Achieving the goals implies developing a clean way of transportation, which means investing in public transport. It will help to combat transport exclusion, which is a major obstacle in many Polish regions, generating serious social problems and slowing down the development,” Zygmunt underlined.

The expert also talked about importing fossil fuels from outside Europe. „By developing our own renewable energy system we become more independent. We will not have to rely on spending lots of money for international deals with non-EU countries,” said Zygmunt.

Prof. Karaczun: Climate negotiations have been going on for almost 30 years

Professor Zbigniew Karaczun from Warsaw University of Life Sciences (SGGW) and Climate Coalition expert claimed that listening to Polish politicians makes him feel „as if the climate negotiations have started 2-3 years ago and not almost 30”.

„In June, 30 years will have passed since Poland signed the UN Framework Convention on Climate Change. For 30 years, we have been aware that we need to combat climate change. I hear that EU ETS is not a good mechanism of financing pro-environmental investments. What happened to the 40 billion zlotys that the Polish government has received for selling the emissions permits then?,” the expert asked

He also said that if the money was spent on green energy investments (in agriculture, for example), we would have climate neutral and energy independent farms today.

„We would have not experienced the high rise of energy costs. The outcomes of the cost rise will be severe, because Polish agriculture consumes more energy than households do. We predict 100 billion zlotys more in the Polish budget by the year 2030, mainly from selling the emission permits. We must reasonably spend that money for the green transition of our economy, industry and agriculture,” Karaczun said.

„Science is clear – we must achieve carbon neutrality until 2040 if we want to avoid the severe outcomes of climate change. It is a responsibility of adults and the Polish state to ensure safety for our children and grandchildren. Nobody will release us of that responsibility,” the expert summed up.