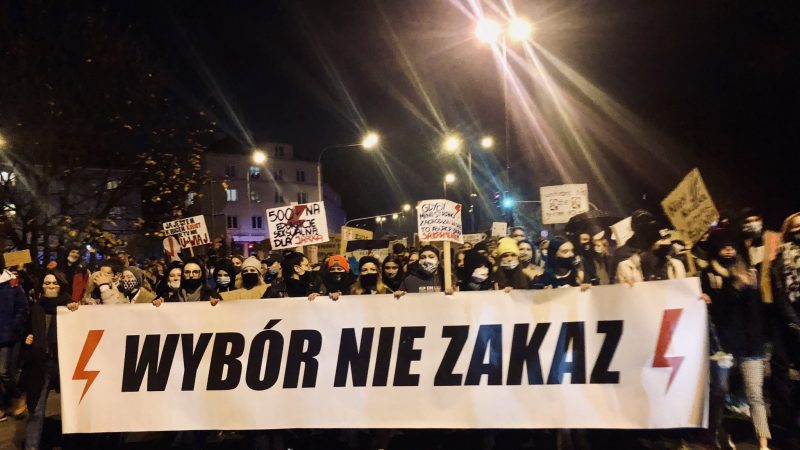 Weeks of nightly protests on the streets of Poland, after the Constitutional Tribunal ruled on October 22 a near-total ban on abortions. The amendment would further restrict already one of the strictest abortion laws in Europe.

According to the new government-backed law, terminations of pregnancies caused by severe fetal anomalies, which account for the majority of conducted procedures in Poland, violate the constitution. After publishing the court’s decision in the Journal of Law, abortions will only be allowed in around two percent of all the cases, which are rape, incest, and mother’s life or health being at risk.

The ruling has sparked outrage and led to nation-wide demonstrations across the country, the scale of which had not been seen for decades. They were mainly initiated by All-Polish Women’s Strike (Ogólnopolski Strajk Kobiet), a social movement established back in 2016. Interestingly, the demonstrators’ demands have been extending beyond the issue of women’s rights’ violation, as more and more voices call for holding the entire Justice and Law ruling party accountable for years of enabling the religious interference in the Polish secular law in a predominantly Catholic state and an erosion of democratic standards which, among other things, resulted in an appointment of pro-governmental judges.

Klementyna Suchanow, a writer, activist, and member of All-Polish Women’s Strike, was a special guest of this month’s episode hosted by Karolina Zbytniewska from EURACTIV.pl. She sets out the goals of the demonstrations and shares insights on other related nuances.

The podcast was prepared by EURACTIV.pl’s Raffaella Margaryan and Joanna Jakubowska.

The podcast is available on Spotify and Soundcloud.