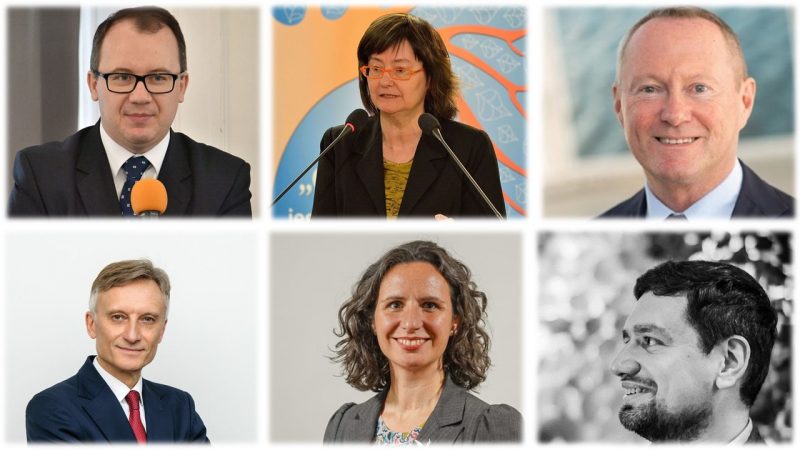 „Human rights institutions must be independent, both politically and financially,” stressed Polish ombudsman Adam Bodnar during the webinar „How to Make National Human Rights Institutions Strong and Effective?” organised by the European Commission Representation in Poland and the EU Agency for Fundamental Rights (FRA) in partnership with EURACTIV.pl.

The starting point for the discussion was the report prepared by FRA entitled Strong and Effective NHRIs: Challenges, Promising Practices and Opportunities. It was presented by the Director of the EU Fundamental Rights Agency (FRA) Michael O’Flaherty.

Speakers in the discussion included the ombudsman professor Adam Bodnar, professor Irena Lipowicz, his predecessor in this position in the years 2010-2015, Debbie Kohner, Secretary-General of the European Network of National Human Rights Institutions (ENNHRI), and Mirosław Wróblewski, PhD, Director of the Constitutional, International and European Law Group at the Ombudsman’s Office, and, as the host of the meeting, Marek Prawda, Head of the European Commission Representation in Poland. 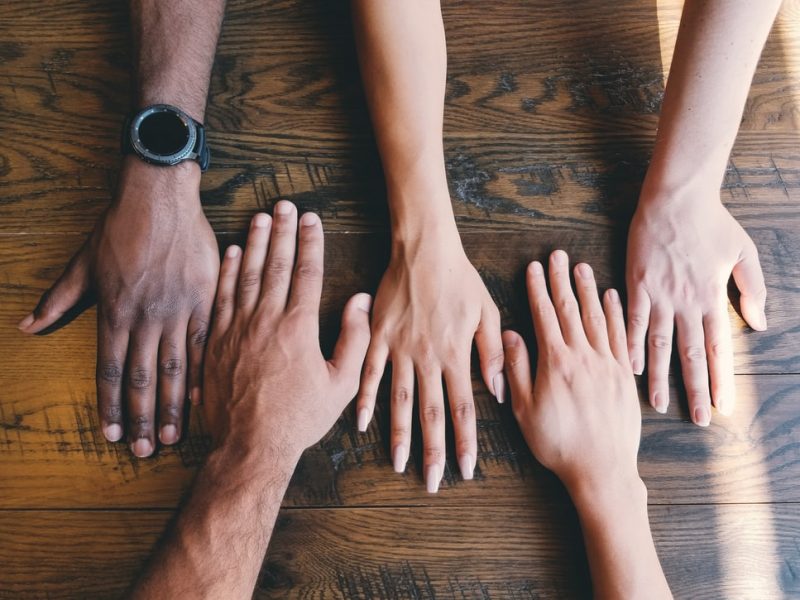 Human rights institutions must be at the centre of events

Michael O’Flaherty, the director of FRA, explained that the situation of national human rights institutions (NHRI) varies from country to country. This is not only because they look different in different EU Member States and take the form of ombudsman offices, committees or advisory committees.

„10 years ago, when we made our first report of this kind, the human rights system in the EU was still young and therefore weaker than in some parts of the world. Today we can safely say that it has matured. The 16 national institutions have the highest status A, according to the Paris Principles adopted by the UN in 1993. There are still no NHRIs in 5 EU countries, but work is ongoing to establish them. We can see progress”, said the director of FRA.

In his opinion, over the next decade such institutions should already operate in every EU member state. But, he added, they still face many challenges. „First of all, they have to move from the periphery of a state reality to its core. They must not just be institutions that are tolerated by other institutions, but must be visible where the most important social issues are decided”, O’Flaherty stressed.

As an example, he mentioned the coronavirus pandemic and the financial crisis it caused. „The human rights institutions are doing an excellent job. They provide advice and highlight the situation of groups that are particularly vulnerable to violations and discrimination. At the same time, however, their representatives are very rarely part of groups that develop coronavirus-related orders. These groups include epidemiologists and public health experts, but there are no human rights experts. All too rarely are they involved in such activities,” the director of FRA pointed out.

Keeping up with a changing society

O’Flaherty also drew attention to the need to constantly increase the independence of human rights institutions. „These are not government bodies, but they are not social organisations either. They should neither be one nor the other. The process for selecting their bosses must be completely independent. Nor can there be political tampering with their budgets or terms of office. Human rights institutions must act comparatively to independent courts,” O’Flaherty said.

As he added, the FRA report also showed that the NHRI must adapt to changing societies. „They are increasingly diverse. And that must be reflected in how these institutions are constructed. They have to take into account different religions or ethnic or gender issues. We must not close ourselves off in traditional concepts”, he stressed.

He also pointed out that there are still problems with the financing of the NHRI, and pointed out that these institutions are also too little involved in matters relating to the functioning of the EU. He mentioned not only observing whether the Charter of Fundamental Rights is respected in the Member States, but also, for example, whether the disbursement of funds is in accordance with the rules set out in the Charter. The problem of funding and the de facto reduction of NHRI budgets was highlighted by all the participants in the discussion.

Finally, he also highlighted a problem which has already appeared in the last report. NHRI staff spoke about the problem of hate speech or even threats and intimidation directed at them via the Internet. „This is the everyday life of many non-governmental organisations. We expected, however, that the NHRI could be better protected against this. However, this is not the case”, said O’Flaherty. 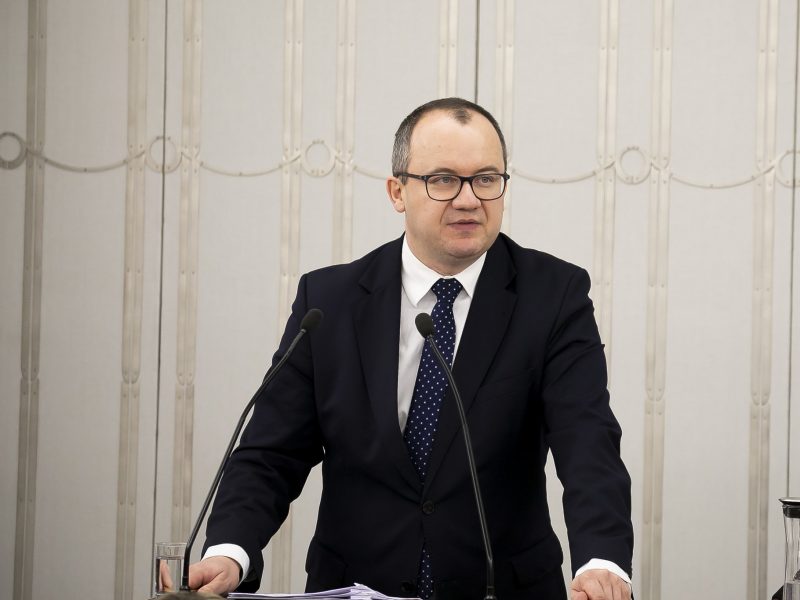 The Head of the European Commission Representation in Poland, Marek Prawda, has, in turn, pointed out that the European Union is currently going through a kind of test not only because of the pandemic. „The future budget and its structure will show us whether the EU is working effectively. We are fighting for our future. At the same time, we see more and more problems with respect for the rule of law”, he said.

As he added, the EU „is now at a crucial moment, and the decisions taken now will shape our political system for years. In his view, „the issue of respect for the rule of law is extremely important”.

„All other rights, including human rights, will remain just empty words if the rule of law is not respected. There is a lot of talk about sovereignty, but there can be no talk of a sovereign state if sovereignty is taken away from those who are supposed to defend the rule of law”, Marek Prawda underlined.

He pointed out that „a very worrying phenomenon is beginning to emerge in Poland, which has also emerged in several other member states, and which is also being strengthened in Poland by the ruling elite or public media”. „It is about presenting marginalised groups as oppressors. And from this, there is only one step to justify the use of violence against them as an alleged >>defence<<„, said the head of the EC delegation in Poland.

As an example, he pointed out that various municipalities have been declared „LGBT-free zones”, which was a clear violation of EU values, law and anti-discrimination rules. 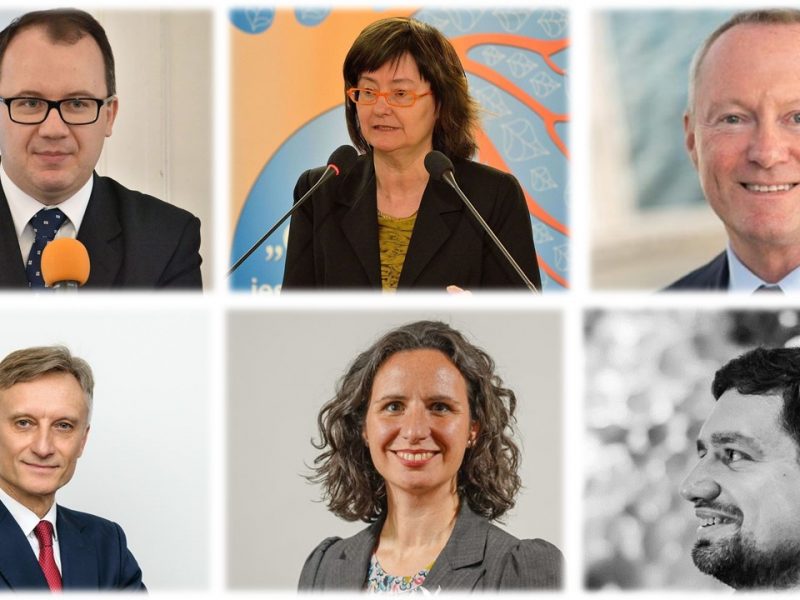 The outgoing Polish Ombudsman, Adam Bodnar, recorded his message to the webinar participants. His term of office expires exactly today (9 September). However, as the Sejm has not yet carried out the procedure of appointing his successor, and apart from the civic candidate for the position, Zuzanna Rudzińska-Bluszcz, no other candidates have been nominated yet, it is certain that Bodnar will continue to perform his function for some time despite the expiry of his 5-year term.

In his speech, Bodnar praised the main theses of the FRA report. „The NHRI must be independent both politically and financially. A person acting as an ombudsman must have the certainty of completing his or her term of office and be guaranteed full freedom of expression. Meanwhile, in Poland, the budget of the NHRI has been limited in recent years. Such a situation cannot occur only because the Ombudsman is looking at the hands of the authorities”, said Bodnar.

As he added, „those in power must also pay attention to what the ombudsmen say”. „This includes, for example, opinions on compliance with the Charter of Fundamental Rights or on the application of the European Arrest Warrant. The ombudsman’s opinion should serve as a basis for government or parliament, for example. But this dialogue is difficult, and those in power do not want to listen”, said the outgoing ombudsman.

His predecessor in this position, prof. Irena Lipowicz, also stressed that state institutions should listen more often to the voice of the ombudsmen. „When I was the ombudsman, I had the impression that even the EU could not fully exploit the potential of the NHRI. There is still a debate on whether and how to extend the competence of the ombudsmen or to establish new institutions, for example in the field of implementation of the Convention on the Rights of Persons with Disabilities,’ she said.

As she added, „the latter concept often prevails, but in smaller countries this may lead to the impression that the institution of the ombudsman is weaker”. „On the other hand, a dilemma arises, which can be seen for example in Poland; whether to accept these new areas of action, when there are fewer and fewer funds. But ombudsmen usually accept new responsibilities”, said prof. Lipowicz.

She also pointed out that the EU could make better use of the experience of former ombudsmen, for example, in solving crises in various third countries, such as Belarus. However, the problem of financial resources arises again. „‚In the EU, it is much easier to obtain funds for road building than for protecting human rights or strengthening democracy. There are various cohesion funds for social activities, but there is a lack of programmes for young human rights activists, for example, so that they can do placements in other countries. Some EU body coordinating such a policy would be useful”, proposed prof. Lipowicz. 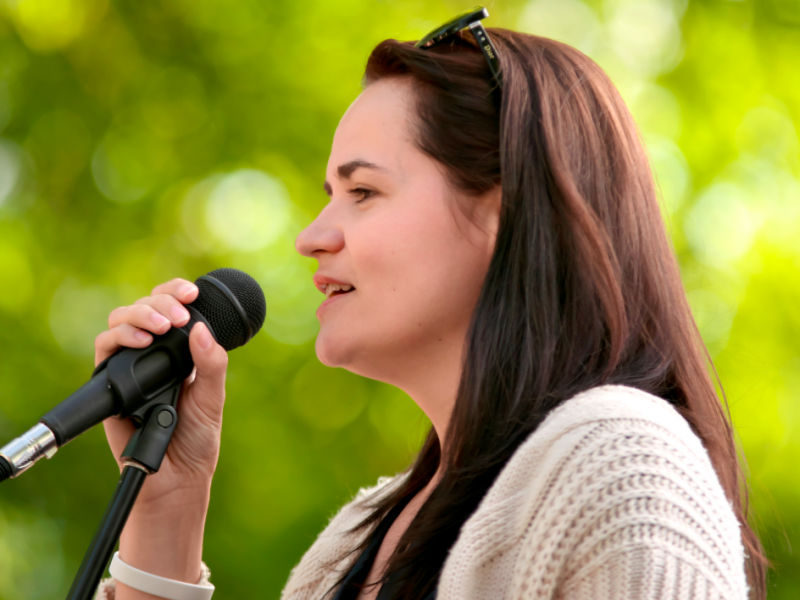 More cooperation across borders is needed

There is already a European Network of National Human Rights Institutions (ENNHRI) in Europe, which brings together 40 national human rights institutions from across the continent. Its aim is to increase the promotion and protection of human rights throughout the European region. ENNHRI Secretary-General Debbie Kohner has pointed out that its organisation has similar conclusions to those in the FRA report.

However, she pointed out that it is the responsibility of the countries themselves to ensure the independence and adequate funding of the NHRI. „But organisations like the ENNHRI can, of course, help with that. The various EU institutions can do the same. The EU should set an example and seek more expert advice from human rights institutions. We do, of course, have the UN’s Paris Principles, but the EU should develop its own recommendations on implementation and compliance to ensure full independence and freedom of action for the NHRI,” she advised.

She added that she considers it important for ombudsmen to be involved in various regional networks, initiatives and mechanisms. „You can then learn from each other. The exchange of different information or research is very effective. ENNHRI is trying to help in this as much as possible”, Debbie Kohner stressed.

Mirosław Wróblewski, Director of the Constitutional, International and European Law Group at the Office of the Ombudsman in Poland, pointed out that ENNHRI is the most important umbrella organisation for ombudsmen and requires even greater support from the European Commission. As he added, such support was important in the case of Poland, for example.

„The last five years have been difficult for our functioning, if only because of changes in the judiciary forced by the government. These changes have not only limited the independence of the judiciary, but have in practice paralysed the Constitutional Court. Public media also operate in an inadequate manner. This is why the importance of the ombudsman’s office has increased, because it was one of the few institutions which openly warned against restricting the independence of the judiciary”, said Wróblewski.

As he added, the institutions of ombudsmen have always had a major role to play, because they can help citizens in a less formal way than the judiciary, and thus operate much faster. All participants in the webinar also agreed that the NHRI in EU Member States, but also outside the EU, must be strengthened in the coming years.

„Polish authorities hear the ombudsman, but in most cases they do not listen to him”, Mirosław Wróblewski admitted. Both Adam Bodnar and the FRA report point to the need to change this situation.

The webinar recording (in English) is available HERE.