Coronavirus: 149 companies worldwide compete in a race to find vaccine

More than 6,2 million people worldwide are infected with SARS-CoV-2 coronavirus. To meet the challenge, 149 biotechnology companies and institutes around the world – including 45 from Europe – are trying to find a vaccine against it.

Ten vaccines are already at the clinical stage to establish the safety and efficacy of the vaccine before it is released. In contrast, 121 more vaccines are at the preclinical evaluation stage, i.e. at the stage of tests carried out initially on cells and then on animals. This stage is used to assess the performance and safety of the vaccine. 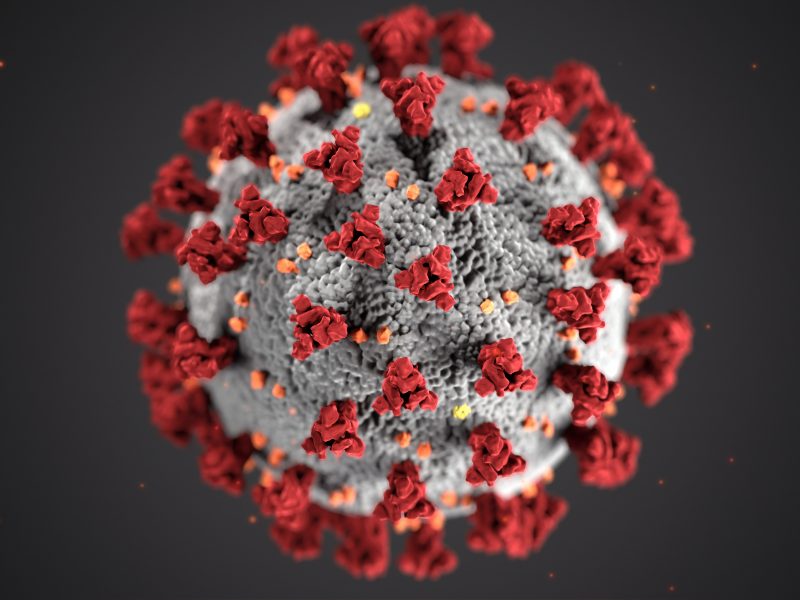 The most promising vaccines

The clinical evaluation of ten vaccines involves 7 companies and institutes from China, 5 companies from the USA, German BioNTech and the University of Oxford in cooperation with the Swedish-British company AstraZeneca.

The combination of the British-Swedish pharmaceutical company AstraZeneca and Oxford University has had a positive effect, as the team is already entering the final stage of vaccine testing. Their work is to produce a recombinant vaccine that will be widely available worldwide. The first doses will be available on the market as early as September, and then, by increasing production capacity, they are to be available to the public. The support, amounting to 1 billion dollars (almost 4 billion PLN) for the development, production and supply of this vaccine since the autumn, comes from The Biomedical Advanced Research and Development Authority  (BARDA). The vaccine named ChAdOx1 nCoV-19 is primarily intended to stimulate the immune system to recognize and fight coronavirus.

A Chinese consortium of CanSino Biological and the Beijing Institute of Biotechnology joined the race to find a coronavirus vaccine. Interestingly, when we delve into the document of the university biotechnology institute, we will see that it belongs to the Academy of Military Medical Science affiliated to the People’s Liberation Army of China. Research is financed by the Chinese Ministry of Science and Technology. Their so-called recombinant COVID-19 vaccine is based on vector type 5, Ad5-nCoV. This means that the vaccine contains antigens (whose primary function is to influence the ability of the substance to induce a specific immune response against itself) obtained by genetic engineering methods. Trials of Ad5-nCoV started on volunteers in Wuhan city in mid-March. In addition to researching the COVID-19 vaccine, CanSino is also testing vaccines for Ebola, pertussis, tuberculosis and meningitis.

Two major American companies, Moderna and NIAID, have also joined the race. Their vaccine was developed using mRNA. In phase I, it is administered intramuscularly to women and men aged 18 to 55 years in two doses. After the second vaccination, observations are to be conducted for the next 12 months. The administered dose of mRNA-1273 is intended to build up the immunity of the immune system to deal with the virus. Research on the vaccine is expected to be completed in autumn 2021.

A Chinese consortium – Wuhan Institute of Biological Products and SINOPHARM are working on the development of an inactive vaccine, which is produced using micro-organisms to induce immunity. However, this method often requires the administration of booster doses. Vaccines produced using this method are used to treat, among others, pertussis and typhoid fever. The Chinese pharmaceutical company SINOPHARM also runs a similar type of vaccine with the Beijing Institute of Biotechnology. Both consortia are in the process of entering Phase II testing.

The clinical evaluation phase was also reached by the Chinese company Sinovac. Its activities focus on the development, production and sale of vaccines that provide resistance to human infectious diseases. The company started working on finding the vaccine at the end of January this year. Animal testing has yielded positive results. „The whole world is now facing an unprecedented public health crisis. It is urgent to develop an effective vaccine to prevent the spread of COVID-19 worldwide as soon as possible,” says Weidong Yin, CEO of Sinovac.

The U.S. biotechnology company Novavax Inc. has also joined the race and will enter the second phase of vaccine testing. It has begun its research on the vaccine on May 25, 2021, and is expected to complete its research by July 31, 2021. The company is conducting clinical research on a vaccine that stimulates the immune response to the virus. This method is used to treat diseases such as HPV and hepatitis B. The company plans to prepare 100 million doses of its vaccine by the end of the year, and a billion by the end of 2021.

German biotechnology company BioNTech, Chinese Fosun Pharma and American company Pfizer are in the first phase of clinical vaccine testing. They are developing a vaccine based on mRNA, which is supposed to cause a strong immune response to the virus. BioNTech is the only company from an EU country that has passed the preclinical phase and where the coronavirus vaccine is administered to humans. BioNTech specializes in developing innovative anticancer therapies. „Finding the right and effective vaccine can require many different strategies and approaches… We don’t see this as a competitive race, but rather as a global effort to rapidly combat the epidemic and save lives,” said Sean Marett, Commercial Director at BioNTech. Pfizer and BioNTech are also working together on flu vaccines.

Another vaccine, which is in the first phase of testing, is being developed by the Institute of Medical Biology, part of the Chinese Academy of Medical Sciences. The work is aimed at inventing a vaccine which, by introducing the so-called „naked” DNA (without histones, i.e. without protein structures in chromosomes) into the body would cause an immune response. The Chinese institute proposes here to deliver DNA to the body by means of electroporation. This means that the DNA molecule penetrates the cells through the pores in the cell membrane, which are formed by electrical impulses. The completion of research on this vaccine is planned for April 2021.

On 6 April, the American company Inovio Pharmaceuticals started clinical trials of the vaccine on humans after it obtained promising results during preclinical trials. Inovio is trying to produce a vaccine not only for COVID-19, but also vaccines needed for the treatment of cancer, infectious and HPV-related diseases (human papillomavirus, which causes a number of different diseases such as cervical cancer). The US biotechnology company plans to increase production to make one million vaccines available by the end of the year. 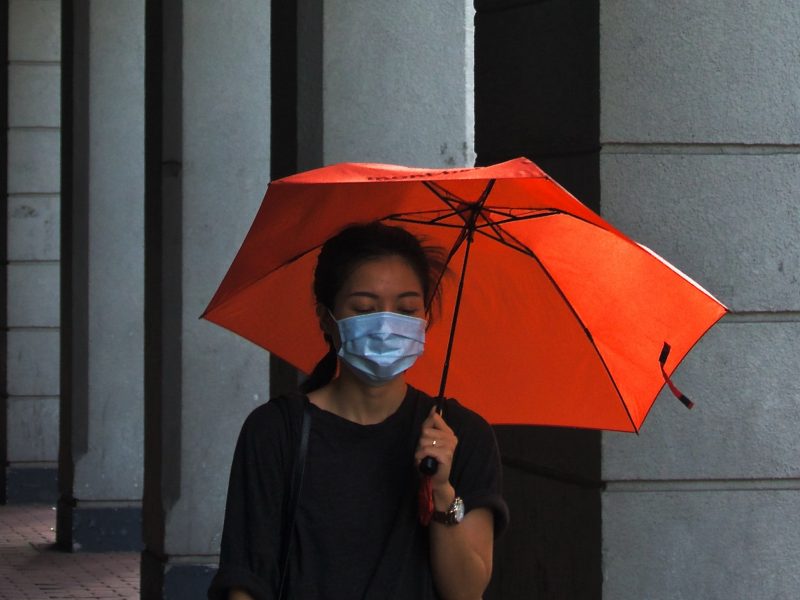 There are a total of three phases in clinical vaccine testing.

The first phase is when a new vaccine is given to humans to collect safety data. It also provides information on the appropriate dose and schedule of vaccine administration.

The vaccines that are promising, safe and well-tolerated go into phase II. In this phase it is necessary to collect more data on the safety of the vaccine.

In the last phase – phase III – most trials are carried out on humans to eventually market the vaccine. 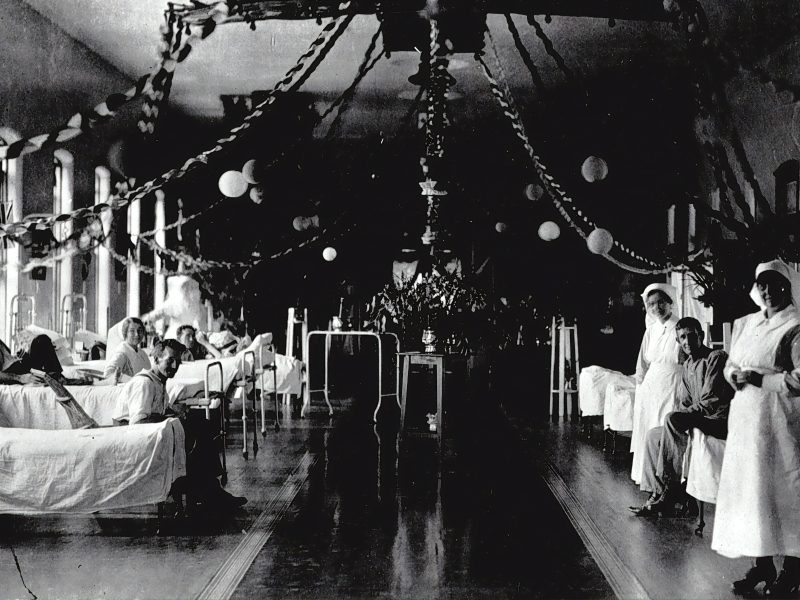 An extensive summary of the number of hospital beds and beds in intensive care units per capita in Europe and selected countries of the world.

141 institutes (companies and academic institutions) in the world are currently participating in the laboratory, preclinical stage of vaccine research.

51 institutes come from North America, 42 come from Europe, 41 from Asia, 4 from Australia and 3 from South America. Most institutions looking for a vaccine come from the USA: 37 are in the pre-clinical phase (below).

List of companies and institutes officially trying to find the vaccine: here